Expect a twofer from a Paul Stekler political documentary: a film with a compelling cinematic narrative mediated by a filmmaker with genuine political expertise. In his new film, Last Man Standing, Stekler takes a long look at Texas' transmogrification from LBJ and Ann Richards country to today's Republican dominance and asks, essentially, "Is that all there is?" After following the 2002 statewide and local campaigns that Stekler zeroes in on, the Reader's Digest answer to that question is: maybe, or then again, maybe not. But you'll draw your own conclusions.

Politics has always been an obsession with Stekler, who'd originally thought that life as a poli-sci academic was the way to go. But while teaching at Tulane, his head got turned by the political doc-making life -- Louisiana politics will do that -- and he eventually jumped ship from gown to town, at least for a while. (He's now in UT's Department of Radio-Television-Film, where he can both teach and make movies.) The films that he has made during the past decade -- including Vote for Me: Politics in America (1996), Louisiana Boys: Raised on Politics (1991), Eyes on the Prize II (1990), and George Wallace: Settin' the Woods on Fire (2000) -- have been duly decorated with Emmys and Peabodys.

The Texas political landscape that caught Stekler's eye at election time 2002 was a mixed bag of the predictable and the intriguing, from the usual Bush clones to the Texas Democratic Party's strategic "Dream Team" slate, featuring the first Mexican-American major-party nominee for governor (Laredo oil man Tony Sanchez) and the first African-American major-party nominee for U.S. Senate from Texas (former Dallas Mayor Ron Kirk). Would either of these candidates be able to stem the Republican tsunami? Alas, an exciting race does not necessarily mean an easy film for the doc-maker who wants to chronicle it.

"Part of what was so hard about making this film was that the statewide campaigns were not always cooperative, and that was a drag," Stekler says. "For example, we'd be following Perry one day and he'd go in a door, and his guys would not let us follow him, so we'd have to go all the way around the mall – very petty. Or a campaign would not tell us exactly where they were going to be, and we'd been driving half the state to get there. Or a campaign would say we could ride on their plane and at the last minute say we couldn't, so we'd have to drive nine hours to meet them someplace else.

"The most cooperative campaign was [John] Cornyn's. They understood what many of the others, who view the press as some kind of enemy, failed to grasp. A good campaign has nothing to fear from the press if only they give them enough access to keep them satiated, keep them informed, and if the campaign is able to control its candidate in public. Then the candidate gets on television -- which is what everyone wants."

In the end, Last Man Standing closes in on a little-known race for state representative in Dripping Springs, which, to the filmmaker's delight, turned out to be a cliffhanger, right down to the last precinct box. "Of the zillions of races we could have picked, we picked this one for good reasons -- it wasn't just luck. This was a swing district with two extraordinary characters and candidates who, to me, represented something important in terms of where their parties are going."

It seems only fitting to ask Stekler, recently emergent from the rough and tumble of Texas politics, to make sense of his experience and offer some thoughts on what makes for a good political doc: 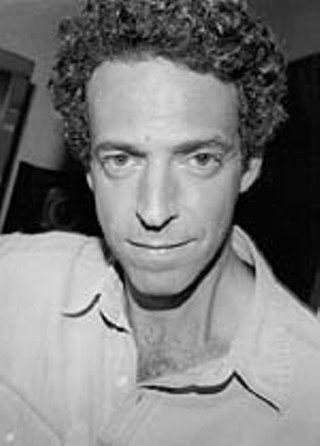 1 It's the Characters, Stupid: "Earnestness and seriousness do not make a film interesting to watch. Good characters can – and they're not always the big-time candidates. In films like The War Room and A Perfect Candidate, the stars are the consultants. In Last Man Standing, the stars are two young, ambitious rivals for state representative, Rick Green and Patrick Rose. In any case, you've got to offer main characters that an audience can get to know and who are compelling. If you don't care who wins or loses, you're not liable to make it to the election night in a film."

2 It's Got to Be More Than Just Another Election: "Campaigns are ready narratives for sure. Elections have beginnings and endings. Someone wins; someone loses. But if the elections are about something 'bigger,' then the film has more weight. In our Texas politics film, you've got a state that produced a Lyndon Johnson, where Ann Richards was still governor just a decade ago, but where it seems Democrats can't even get arrested these days. Is this a permanent state that George W. Bush and Karl Rove helped to cement in place? Or is the coming minority-majority about to spring a political realignment and a new Democratic majority? Or is it something in between?"

3 You've Got to Put in the Time on the Campaign Trail: "Much of the news media's idea of covering politics is filming speeches and press conferences, hardly the stuff of riveting filmmaking. It's those magic moments, an offhand comment to a candidate, a backroom strategy session, a crucial mistake made, an exhausted staffer pouring out his heart – these show the reality of politics, and hook an audience. And the only way to catch those kinds of moments on camera is to spend the time out there with your subjects, picking and choosing the events and times that seem most promising, but working it hard when you're there. The Last Man Standing crew filmed for 70 days over the course of a very hot 2002 Texas summer, collecting over 200 hours of footage, most of which is not in the final-minute film."

4 Human Drama Wins in a Landslide: "The best literary works on American politics – All the King's Men, The Gay Place – are all about why people are driven by politics. They're about power and ambition and the way people's personal narratives are forever altered by elections or fights over legislation or by the larger-than-life leaders that political folks are drawn to. Catch those things on camera, and you catch the essence of what makes politics the be-all and end-all for some."

5 All Politics Is Local: "There are plenty of reasons to say that politics today has become nationalized and much more divisive, partisan, and ideological. But local color sure makes the watching more interesting. Let the average citizens express their opinions (after all, they get to vote, too). And let's have a look at the places where they congregate, because that's where the candidates will have to go to find them."

6 History Is Not Just for the History Channel: "There's a reason that Republicans are winning most Texas elections these days, and those reasons involve a number of past elections since John Tower, in an upset election, managed to claim the Senate seat that had been LBJ's since 1961. Providing a historical context enriches the narrative. Not to mention a great excuse to use older archival footage."

7 You Gotta Sing: "I know that politics is serious business, but this is a movie we're making, so pay attention to the soundtrack. Music is good. Really good music to listen to on this filmic campaign trail is even better. And when it's Texas politics we're covering, why not reach down into our treasure trove of state music?"

8 Hire Good Experts: "Campaigns look for the best hired help. Films on politics ought to get the best on-camera analysts. And Texas is blessed with some of the best political talkers around. If you can interview Karl Rove and Ann Richards in the same film, how can you go wrong?"

9 Keep It Close: "Close, nail-biting elections are the best drama. In Last Man Standing, the race comes down to 333 votes and one last precinct. Who won? Well, come down and see."

10 Make the Stakes Clear: "Some people swear that our elections don't matter and it doesn't make a difference who wins – isn't this Ralph Nader's worldview? Well, they're wrong, and a good film on politics has to make that point or risk having its potential audience not turn out to the polls. Elections decide who will make the decisions on funding social services, putting up barriers to legalized abortion, figuring out how to fund public education, and a host of other things that certainly do affect all of our lives. And if that's the case, what the stakes are has got to be made clear in your film because then the film's ultimate conclusion really does matter."

Last Man Standing will screen at the Paramount on Sunday, March 14, 6pm (the world premiere), as well as at the Convention Center on Wednesday, March 17, 5pm, and Friday, March 19, 9:45pm.