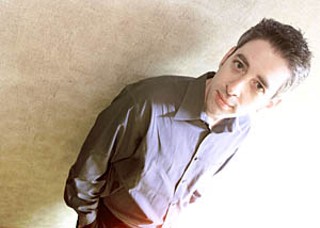 Meeting people is easy today. Could your grandparents collect friends, phone numbers, and booty without leaving the couch? At SXSW Interactive's Getting It On(Line) panel, virtual social-network luminaries will share their expertise on the 21st-century mating dance – the good, the bad, and the misleading.

How trustworthy can these online meat markets be? Panel speaker Courtney Johnson, director of research at Tickle.com, insists that getting past the stigma of online networking happens more often than you think. "Relationships are a big deal to most of us, and the thought that you can find the perfect person online is enough to get most single people at least curious about it," says Johnson. "The fact that the outcome is so potentially rewarding and important helps people overcome the fears to at least give it a chance. And the more people use it, the more 'regular' people are available."

But what happens when people like panelist Ben Brown lie about their age? Brown, who dislikes being called a local Austin "huckster," outwitted and impressed me with his accomplishments, at what he claimed was his tender age of 26.

The small-press entrepreneur (So New Media) is also the founder of Über Personals, which he calls the "snarkiest dating site on the Web." In the interest of serving the desperately self-aware and sarcastic, Brown set out to conquer the petty cheese of larger dating services. "We thought to ourselves, what really matters?" says Brown via e-mail. "So on our site, instead of describing yourself in terms of 'I'm 5'6" and 110 pounds,' you say, 'I've got commitment issues, and I'm a drunk.'"

Despite Brown's seeming humility and witty approach to online relationships, I soon felt I couldn't trust the man, who'd let me congratulate his prodigy almost sycophantically, only to find out days later he wasn't the youthful buck he said he was.

But perhaps the confusion of absolutes that the Web offers could be a gift – a way to inspire our imaginations and break down our stereotypes: So what if he's old and crusty? He has a great mind!

Luckily for those who don't want to expand their imaginations, the increasing ubiquity of digital cameras adds an element of credibility to participants' physical descriptions. John Grohol, the e-therapist and developer of DrKoop.com's mental health center, agrees that the possibility for integrity is there with digital photography, but that people won't always use it, and really shouldn't have to. "I ... think that a big part of the Internet is still being able to have an online identity distinct from your real-life one. Online dating definitely blurs those lines," says Grohol.

Then along came Friendster. And it wasn't so much about sex anymore. Had the Internet reached a new reality, one more true to life? "One of the things we have tried to do with Friendster is to create an environment that has more honesty, accuracy, and accountability than the traditional anonymity of most pre-Friendster Internet services," says founder Jonathan Abrams in an e-mail. "We think people will likely represent all aspects of their identity, including gender, more accurately. I don't think it's honest, or a good use of time, for people to interact online when one of them is pretending to be a different gender than their true gender. But certainly there are plenty of places other than Friendster where you can do that."

But what about the "Friendster Whores" – a term used by SXSW panelist danah boyd, of UC-Berkeley, to describe people who accumulate and post as many friends as possible? Is this sort of public self-endorsement delusional?

With 226 friends on his Friendster list, a well-liked Austinite who goes by the handle "Sony" doesn't think so. "I'd say I've met 80% of my Friendsters in the flesh," he writes.

He calls Friendster's popularity "the chic side of geek": "It seems to me that the accessibility of computers in price, usability, and even style," continues Sony, a fan of Apple and Sony cyber fashion, "is the primary reason for this change."

Regardless of how true-spirited Internet networking has become and how it got that way, the opportunity for role-play remains. Imagination is rampant. Access to new information is constant. Plus, even the cool kids are doing it.