Craig of Craigslist really exists, and he's about more than selling your tuba 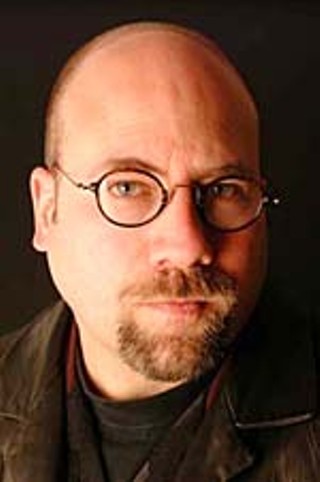 Should you believe in Craig? In 24 Hours on Craigslist, Michael Ferris Gibson's documentary, Craigslist enthusiasts ponder the man behind the name as they reveal the quirks that bring them together. From the Men Seeking 230 lb. Wives to the Women Seeking Gay Uncles, Craigslist, the San-Fran-born, multipurpose, free site, instantaneously satisfies curious needs in a way that may indeed be an inexpensive "miracle."

Don't let me spoil your fun. If anonymity is your greatest source of Craigslist pleasure (e.g., you would shudder to learn that the nubile filly you've been entertaining through the "Misc Romance" section is a sad old man named Hank), then I suggest you stop reading now.

Craig Newmark is not a fantasy. He'll be presenting at SXSW Interactive this year. We spoke by telephone last weekend as he sat at his favorite San Francisco cafe and flirted with a pit bull named Daisy. Craig did more than clear up a mystery; he spoke about a new kind of democracy.

In 1994, Craig, a Kinky Friedman fan who once interned at IBM Austin, was working in computers at Charles Schwab when he began "evangelizing" the Internet. "I saw a lot of people helping each other out, and I figured I should do that," he says, "so I just started e-mailing a few friends notices about events that I thought would be fun. Over time, they asked me to start adding job postings and stuff for sale ... and that's the whole cycle in a way until this day. People suggest stuff ... we do a lot of it, and then we get more feedback."

While it may be named after one guy, Craigslist belongs to everyone. It is indeed a community of the 21st-century sort, and, as Craig suggests, it is just what America needs in 2004. "Throughout the country there are many people who feel the same way: We're frustrated about what's happened to our government. We don't think individuals can fix things," he says. "The Internet allows us to organize and to do fundraising and fact-checking like it's never happened before."

So this site is about more than finding roommates and hawking yourself and other items? "We're trying to run with some genuine democracy," he expounds. "The more I do Craigslist, the more I adhere to democratic principles and the more I get excited about restoring democracy to the country."

Craig sounds like a man with a plan, but he considers himself only "marginally" politically active. "The deal is that I am not an activist, but I feel I owe a lot to my community. So I'm looking into how to use my voice better," he says loudly over Daisy's barking.

Could there be holes in his argument? How much money could he make off of democracy, really? It turns out he and his 13 other employees make "just enough to pay the bills" by charging employers and recruiters to post jobs in the San Francisco Bay area only – a method of income voted upon by the site's users. "We're driven by a moral imperative," he declares. "We don't owe anyone any money, we have no investors, no venture capital money, so we have no pressure to make money."

Considering Craig's allegiance to honoring the individual's voice, I wonder if doubts about his own existence bother him. Would he rather be validated? "I find it entertaining that people think I don't exist," he announces cheerfully. "These days, who does?"

Craig Newmark will host the Craigslist and the Online Community panel at the SXSW Interactive Festival Saturday, March 13, at 3:30pm. Interactive badge holders will be able to view 24 Hours on Craiglist at no extra charge on Sunday, March 14, 10:15pm, at the Dobie Theatre (2021 Guadalupe); the film will have additional screenings during the SXSW Film Festival.