The Kids on the Web 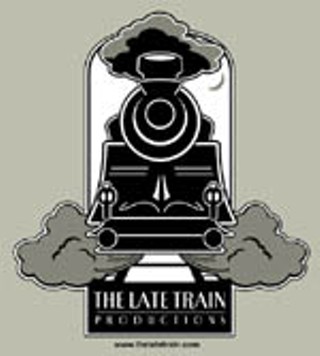 When the guys over at Austin's Late Train Productions heard tell of the 48-Hour Film Project – you know, the one where local filmmakers compete to make the best short film in 48 hours – they said to themselves, those guys are pussies!

Well, no, we're lying, actually. What they actually said was: "Forty-eight hours? We don't need no stinkin' 48 hours."

We swear on Jean-Luc Godard's grave that what they really said – OK, already! So Godard's not dead. Screw you.

Here's Late Train's Jeff Rose, instead: "Myself and three friends from Indiana University – Jeff Freeman, Lloyd Thompson, and Paul Whitener Jr. – all of whom were interested in filmmaking, moved down here to Austin in the fall of 2002 to begin creating some sort of creative content."

And what better way for fledgling filmmakers to crank out content than by initiating what the four call their Self-Inflicted 30-Day Film Festival, which will see the quartet write, shoot, edit, and post on their Web site (www.thelatetrain.com) one complete short film per day for – you guessed it – 30 days. Madness? But of course.

"It's really starting to kill us right now," says Rose, sounding just this side of lunacy, "and we're only halfway through, too."

What's most surprising, at least to those of us who find it difficult to get our laundry done on a given day much less create an anatomically correct short film, is the incontrovertible success of Late Train's shorts thus far: There's barely a clinker in the bunch, with comedies that elicit genuine "laffs" and dramas that, well, there aren't any dramas that we saw. But with shorts like the board game parody "Sock Full of Bees" and the traditional anti-mime sketch "The Mime," drama is just another word for "rad ma."

And as everyone knows, there's no radder mother than necessity's bitch sibling desperation, a fact not lost on the Late Trainers, who have plans in the works for an early-March DVD release of their 30 shorts and have been selected as one of five finalists in the 2004 South by Southwest Interactive Web Awards' Streaming Category.

"We are committed to finishing this," admits Rose, "even if we end up putting up some movies that aren't so good sometime in the third week or so. Right now I don't see that happening."

Thus far the shorts appear for the most part to have come from The Kids in the Hall school of quirky, Dada-ist humor (the exceptionally well-animated "Re-entry" is a notable exception), and to the group's credit, even the least of them are often technically better than, say, some of the entries in the Drunk Film Festival – and those mugs had all day and a keg to boot. Of course, Late Train made a film for that, too.

"We're not looking for notoriety," adds Rose, "but we are hoping that more people will look at what we're doing and say, 'I can do that, too,' and it might make the Web a much more interesting place."