The Ambience of Existential Dread

Philip Glass on the 'Fog of War' score 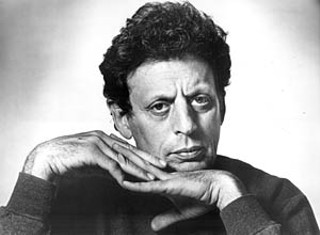 Composer Philip Glass has scored three films with documentarian Errol Morris – The Thin Blue Line, A Brief History of Time, and The Fog of War – and it's hard to imagine either one without the other. Their works complement and expand each other in ways that few director/composer collaborations manage, with Morris' idiosyncratic images and subjects finding a perfect home amidst Glass' serpentine minimalism.

This, of course, doesn't mean that the artist's working relationship is any less fraught.

Austin Chronicle: How does your work change depending on the medium? Are your film scores for Errol Morris approached differently than, say, your operas or other compositions? Or do you simply leap right in regardless of the final form?

Philip Glass: Well, mostly I work in collaborative mediums whether it's opera, or dance, or film. The difference is that the collaborations have a very different weight depending on which workplace you're in. If it's the opera house, the composer picks the writer, the director, the everything. If you're working with a dancer the choreographer will make a lot of the decisions. And when it's a film it's totally out of the composer's hands in terms of lengths of pieces and placement of pieces and even the character of the pieces. But when I put it that way it sounds rather harsh, doesn't it?

PG: The differences have more to do with who the director is than the genre of the film. In the case of Errol Morris, he's actually much more difficult to work with than someone who might be working on a more commercial project, because he has very specific ideas of what he wants, and he himself is a musician. We've done three films together and they've been extremely interesting to do – and I enjoy working with him and I will work with him again. But he is one of the most difficult people I've ever worked with.

AC: What specifically is so difficult about working with Errol Morris?

PG: Errol has trouble, as many people do, putting into words what it is he's looking for. We have to describe what we're looking for in one way or the other, and in the end he ends up using very abstract descriptions because he can't find any concrete ones that will satisfy him.

AC: Can you give me an example?

PG: For example, his description of the overall feeling of a piece from The Fog of War was that he was looking for something that had "existential dread." I mean ... thanks, Errol! And yet at the same time I understand what the problem is, and it's because he wants to deal with the film in a very poetic way. He's really looking for a level of poetry to come from the music and so he doesn't want to work in mundane descriptions. To convey what he wants he ends up using abstractions in the way that T.S. Eliot is abstract. But then you can also view it as being very emotionally concrete as well. The beginnings are slow, and then things begin taking shape as we begin to find the musical language we need to speak. That's the way it is with Errol and I.