No one knew quite what to expect of 1987's Dirty Dancing, the tiny-budget film that emerged as the sleeper hit of the summer and the slumber-party movie de rigueur for the rest of the decade. Nora Ankrum explains why and how. 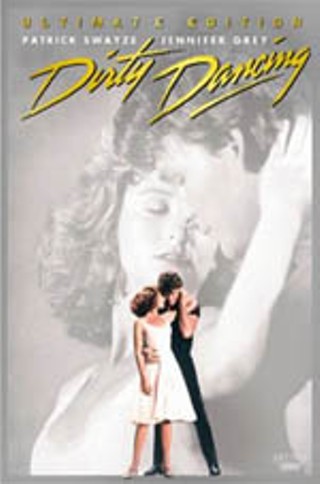 No one knew quite what to expect of 1987's Dirty Dancing, the tiny-budget film that emerged as the sleeper hit of the summer and the slumber-party movie de rigueur for the rest of the decade. Upon landing the lead role of Baby, Jennifer Grey worried that the movie would turn out to be "some kind of weird softcore porn." The studio thought otherwise: After the film was cut, they hoped to market it as a preteen thing, calling it "a movie that 12-year-olds with bad complexions will see for one weekend in the mall before it goes into video." Ultimately, the teenage rebellion, illicit sex, and illegal abortion left the studio little choice but to try for an adult audience (or at least a PG-13 one). The film, in turn, got the more grownup attention its creators had wanted in the first place -- appreciation for the choreography -- while the studio still got its geeky middle schoolers. There's no mystery to Dirty Dancing's success with the prepubescent set: A bookish daddy's girl comes of age while stuck at a cheesy resort with her family. She learns to dance sexy, hooks up with a black-leather-clad bad boy named Johnny Castle (Patrick Swayze), saves someone's life, overcomes class boundaries, and even sleuths out the mystery of resort patrons' disappearing wallets. But the film's finest moments appeal to everyone: Baby learns the phrase "ga-gong, ga-gong" while touching Johnny's chest; Baby learns that being caressed in the armpit is tickly the first two times, but sexy the third; and Baby learns that "nobody puts Baby in a corner." This two-disc set allows you to revisit those unforgettable moments and even provides you with some new ones. Apparently, the movie spawned a road show -- Dirty Dancing Live in Concert -- which starred the Dirty Dancing dancers wearing flowery stretch pants. You can watch it in full and should. You can also watch and rewatch music videos inspired by the film (including Swayze's "She's Like the Wind") and opt to learn fun trivia factoids as you view the movie. Best of all, you get a handful of interviews with key players, most notably the unrecognizable, post-nose-job Jennifer Grey, whose memory of the legendary chilly lake scene includes having wondered, "Like, can you die if your nipples explode?"