On Ondine on Film

The pope and the artist, the hotel and the factory 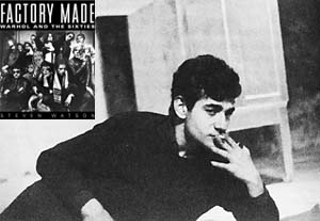 A 1964 photograph of Ondine by Billy Name, from Steven Watson's Factory Made: Warhol and the Sixties (Pantheon, $27.50)

A significant number of the small group that started The Austin Chronicle were film graduate students. We had become friends working for CinemaTexas, a graduate student-run film society that programmed films to complement the courses being offered by the Radio-Television-Film department during the semester (this before video was consumer accessible). If there was a Western course, then every Wednesday would be a Western; film noir, then one night a week of noir films, and so on. We were responsible for writing notes to accompany each film.

There was a CT contingent who for a long time very much wanted to screen Andy Warhol's The Chelsea Girls. The problem was the cost. There was only one print available. Ondine, one of the most legendary members of the Factory and a star of the film, had it. In order to rent the film, you had to rent Ondine (by flying him in and putting him up). A number of the CT folks raised in Texas regarded Warhol in a totemic way. Attracted more by the Velvet Underground than art, Warhol and company represented the Cultural Other -- a darker, more sophisticated, exciting, and decadent world than they had experienced growing up and living in Texas. Hearing about the discovery of the first Velvet album described as a life-defining experience was so common as to be a stereotype.

Finally, they prevailed, Ondine was contacted, and arrangements worked out. CinemaTexas offered four nights of Warhol and Ondine (Feb. 22-25, 1982) featuring The Chelsea Girls and including Vinyl and The Loves of Ondine. Ondine showed up, not simply larger than life, but smarter than anyone and more empathetic than any priest, hell, than any community of ministers regardless of denomination. No wonder he was crowned pope at the Factory; it was less a coronation than stating the obvious.

The Chronicle had just started in September 1981, but the deep sickness that was to mark its early years had full grip. Having almost no money, the only way to keep the paper alive was to grind up the souls and bodies of those we loved. Emotional blood was strewn across every page -- friendships and relationships burned like Atlanta behind the issues. In the midst of this amateur apocalypse, Ondine was the perfect field medic. It wasn't like he hadn't parachuted into psychotic hot spots before.

Talking to Ondine was not just talking to someone you had always known, but someone who knew more about who you were and where you were than anyone around. Conversations about friends would get immediately deep and insightful before you realized that you had known the person for years, while Ondine had just a five-minute conversation with them. We spent days soul-sucking, talking, being quenched and renewed by this storm of life. We fell in love with Ondine, and, God bless, he fell in love with us.

Ondine stayed with Ed Lowry and me, wandering the house in shocking red pajamas. Lowry, though technically just another graduate student, was not just the leader but the most important teacher for the whole CinemaTexas community.

The visit didn't even last a week, though I think it looms much larger in our memories. Immediately Ondine was a fellow traveler, a co-conspirator. Listening to the new Lou Reed album, where he not only declared his love for Sylvia but asserted his heterosexuality, started Ondine to crackling, commenting about watching Reed be intimate with a man in an explicit position. 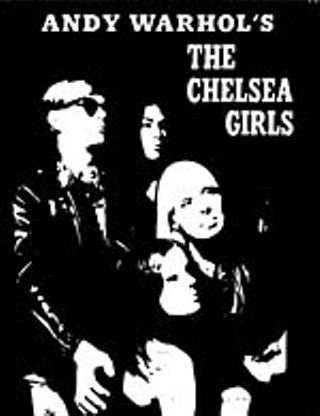 There were so many stories. Getting the name Ondine when he emerged from the ocean draped in seaweed. Ondine came out of the beat/hipster culture meeting Warhol in1961 or '62. In late 1963, Warhol bought the Factory, and soon not only were Ondine and Warhol part of each other's lives, but Ondine brought a lot of the beat speed-freak crowd by the Factory. The Turtle, Rotten Rita, Ondine, and some of the other amphetamine crowd would sometimes go visit a person who sold them Mason jars of speed for $25, but first he had them get under a plastic sheet so he could piss on them.

Ondine had detailed comments about everyone involved in the Factory. Joe Dallesandro was exactly as described in "Walk on the Wild Side": "Little Joe never once gave it away." Whip dancer Gerard Malanga was a jerk; Paul America beautiful, sweet, and very dumb. As can be seen in The Chelsea Girls, publishing heiress Brigid Berlin was always jabbing people with hypodermics, even through their clothing, earning her the name Brigid Polk.

Ondine adored Mary Woronov, with whom he later appeared in Sugar Cookies (1973) and Silent Night, Bloody Night (1973), and would spring to Nico's defense: He hated it that people called her cold. "She could curse you in five languages," he'd say in her defense. Edie Sedgwick was a close friend; for a time he was paid to be her French maid, sleeping in the park and then coming over to her apartment every morning to wake her from her barbituate stupor and get her up and running.

Ondine was a revelation, and for the first time I really got the Factory: It wasn't just freaks and misfits posing and pretending. Their very preposterous audacity meant they really were superstars of the new American culture. There is no way to duplicate Ondine's brilliant speech or to capture his unending humor as he told the most outrageous stories in the most casual way. Ondine's life was his art -- and was even more than art in its passion, wit, and intelligence. After that stay, many of us found our way of thinking about some things changed forever.

While in Austin, Ondine visited with Sterling Morrison, the former Velvet Underground guitarist who, when he left the band, came to UT as a graduate student in the English department. Notoriously misanthropic, contemptuous of rock, Morrison had been in the department for years. One of his professors told me that his dissertation on Old English literature was more traditional than anything he had seen in decades, so aggressively archaic that Beowulf was too mainstream to be addressed for more than a few paragraphs. Taking time off from school periodically, Morrison captained tugboats out of Houston to make money. Morrison was brilliant, though on those very rare occasions when he allowed himself to be interviewed by local media, he went out of his way to sink the notion that rock lyrics had any poetic value. He had always been friendly to me, but I knew better than to ever ask a question about the Velvets. Delighted to be with Ondine, Morrison was gregarious. The first day, Marge Baumgarten, Ed Lowry, Ondine, and Morrison went to a basketball game. Lowry came home beaming. He told me that Morrison had talked freely about everything, especially his days with the Velvets and at the Factory.

The next day Morrison came over to visit, and it was almost a shock to see how much he loved Ondine. Again, he talked about Reed, John Cale, and drummer Moe Tucker at length. Not only gracious to us at the time, he remained sweet and friendly to us until his tragic death from melanoma about a decade later.

The screenings went fantastically well. Huge crowds came, loving the films and Ondine. The highlight was The Chelsea Girls, which features two films shown at the same time, each composed of six episodes around the same theme: the decadent life of those who lived at the Chelsea Hotel. Ondine stood in the booth and told the projectionist which soundtrack to highlight, which to fade and when to do it, wildly waving his hands like a conductor as he gave the instructions.

On his last night, he cooked beef Stroganoff for us (dressed in his bright red pajamas and bathrobe, once a skinny speed freak, he was now clean and more ample). We were used to eating more humble graduate-student fare (hamburgers, spaghetti, chili, etc.). It was quite a celebration. We talked of Warhol, whom he really loved though they sometimes had their rocky periods. Later he would tell us that "There's no one as fabulous as he is. He's just a marvelous, marvelous person or a marvelous, marvelous nonperson, whatever you want to call him. There's something about him that's magic, and it may be the fact that there's nothing there."

We stayed friends until his death, though only calling each other sporadically; when we got together on the phone it was as with a lifelong friend. Cinematographer Lee Daniel (who founded the Austin Film Society with Rick Linklater, and shot many of his films) always cites The Chelsea Girls screening as inspirational both for his filmmaking and the film society.

Special thanks to Film Editor Marjorie Baumgarten, who was there, loves Ondine, and helped stir my memory as well as add anecdotes. A version of this piece ran in ARTL!ES, The Texas Art Journal No. 37, www.artlies.org.

The Austin Museum of Art's "Films From the Factory" continues at the Alamo Drafthouse Downtown on Sunday, Oct. 19, 7pm, with The Chelsea Girls and Sunday, Oct. 26, 7pm, with My Hustler and Hedy. For ticket prices and more information, call 476-1320 or 495-9224 x224, or visit www.drafthouse.com or www.amoa.org.

For an extended version of this piece, see On Ondine on Film: Editor's Cut. Also check out a reprint of Marjorie Baumgarten and Louis Black's Ondine on Edie, on Warhol, on Ondine. For Jacqueline May's Arts story on AMOA's Andy Warhol exhibition, see You Were Right, Andy. 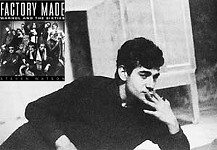 On Ondine on Film: Editor's Cut
The pope and the artist, the hotel and the factory