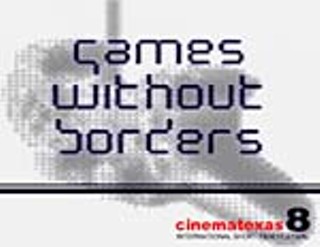 Tools are not neutral. -- Ellen Ullman

Mark Dery was one of the first critics who traced the various contradictions and dystopic consequences of the cyber-libertarian dream -- from its weird flirtations with disembodiment (remember when MIT's media lab people were promoting downloading your brain into a machine?) to its gated community agendas. In two books -- Escape Velocity in 1996, and The Pyrotechnic Insanitarium in 1999 -- Dery directed a style that was as hyper as anything you'd find in Wired against the hype that was at the heart of the spirit of the age.

The energy in Dery's work came out of two distinct cultures: fringe art and critical theory. As he puts it, "I looked up from my bookish world, where I was deeply mired in the killer B's -- Ballard, Baudrillard, Burroughs, and Bataille -- and noticed that the computer had arrived, like the alien cenotaph in 2001. Suddenly, all that was solid was melting into air, everything that was sacred was being profaned, and the market for White-Out and typewriter ribbons was about to go through the floor. As a cultural critic, I could either take up arms against the sea of information, like the Neal Postmans of the world, or hang 10 on the Third Wave. Since I'm lazy by nature, and a sucker for a thrill-ride, I chose the latter." Dery is coming to deliver the keynote address to Cinematexas' Games Without Borders program -- which, according to the press release, is an examination of digital gaming "from a perspective which emphasizes the ways in which the technologies inherent in this medium have allowed independent practitioners to create their own forms of expression." Myst as outsider art? We pursued these and other issues with Dery in an e-mail interview.

Leading into the war in Iraq there was a large contingent (mostly male) of warbloggers who seemed fascinated with the war gaming aspect of the whole affair. Their fantasies about the war were startlingly similar to the way computer games are structured -- with its preset choices and its ahistorical characters. Do you think video games have become the artistic structure through which we now view war? Is there a military-gamer complex?

Not all warbloggers treated Iraq 2.0 as a Budweiser Moment where super bowl meets slaughterbench. Chris Allbritton, a former AP reporter-turned-warblogger (www.back-to-iraq.com), inspired enough PayPal contributions with his zero-tolerance commentaries on the mealy-mouthed doublespeak of the Bush administration to fly to Iraq to cover the war on the ground, up close and personal. And many, if not most, of the instapundits over at www.warblogging.com didn't exactly roll their jaws at the prospect of getting all whupass on some 'raqis.

Do video games encourage a postmodern autism, ahistorical and affectless, that fills our heads with kick-their-ass, take-their-gas fantasies of righteous payback? Maybe, although we might equally wonder if some gamers aren't drawn to nose-cone-camera, night-vision footage of bombing runs simply because the visual grammar looks familiar. We don't need Baudrillard to tell us that postmodern war, American-style, has come to resemble an arcade game.

Speaking of historical memory, it bears pointing out that most (if not all) of the computer technologies that make gaming possible all spring from DARPA's brow. The military invented flight simulators and virtual-reality programs that immerse trainees in battlefield scenarios. Not by coincidence were some of the earliest arcade games wargames, such as Tank Commander.

What happened to cyberpunk? I just finished Neal Stephenson's huge Quicksilver, and I was struck by how nongimmicky it was. Are gimmicks out?

Cyberpunk is firmly embedded in the Burgess Shale of pop culture, which is to say that our retro-fetishism, sped up to the point where we're nostalgic for the last five minutes, will resurrect it any day now. Can you believe Neuromancer came out in 1984? The public rehabilitation of Duran Duran, leg warmers, and the mullet will surely usher in a fondness for cyberpunk. Come to think of it, wasn't Austin homeboy and c-punk posterboy Bruce Sterling sporting a mullet himself, right about then?

What are you working on now?

I'm writing a drive-by cultural critique of Southern California, an anti-memoir about growing up in San Diego during the Seventies, tentatively titled Don Henley Must Die: Growing Up Disaffected in the Desert of the Real.