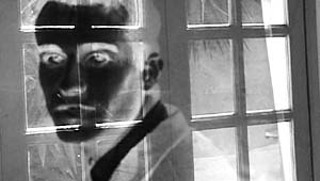 French filmmaker Robert Bresson (1901--1999) is as famous for his technique as for the films it produced. A perfectionist who managed every glance and gesture onscreen, Bresson cast only nonactors and forbade them from viewing the daily rushes. Notoriously, he required 20 or 30 takes of each scene, stripping away the artifice of performance by lulling the cast into a sort of monotonous, exhausted stupor. Thus freed from all "intentionality," Bresson's "models" would become neutral vehicles for the director's ideas. So when Babette Mangolte happened to meet Pierre Leymarie, who "starred" in Bresson's The Pickpocket (1959), she at first confused Leymarie and his celluloid image. "How," she asks, "is it possible to confuse a film with life?" In reply, Modéles catches up with the principals of Pickpocket -- Leymarie, Marika Green, and Martin Lassalle -- more than 50 years later, examining how their work with Bresson shaped their lives. Modéles is best for Bresson die-hards: Mangolte dwells on trivia (call sheets, stills, and shooting scripts) and immerses the viewer in such lengthy talking-head sequences that the film seems almost like a Bressonian documentary. Rigorous editing would make Modéles more accessible, but this is Mangolte's personal journey, and she's going to engage in self-conscious English-language voiceover ("At the end of the subway line, you have to take a bus. The bus trip is long. Will we ever arrive?") if she wants to. Fair enough, but the best moments are Leymarie's succinct, articulate remarks and footage of Lassalle in the bustling markets of Mexico City, where he now lives, refusing even to speak French at home.