"Boob physics" is not a hard science. But the Jiggle Factor is a type of precision receiving much attention in video games today. Last May, the Los Angeles fire marshal almost shut down an entire wing of E3, the mother of game conferences, when Tecmo drew record crowds for its presentation of the jiggle-authentic Dead or Alive: Extreme Beach Volleyball.

With the Austin Game Conference on Thursday and Friday, Sept. 11-12, at the Austin Convention Center, and Cinematexas' Games Without Borders minifestival Sept. 19-21, this month offers several nonvirtual diversions for Austin's ever-expanding band of joystick professionals. However, unlike E3, neither gathering will feature "booth babe" illustrations of real-time breast sway. Instead, the highlighted babes will be among the fully dressed professional keynote speakers.

While women are major players in the game industry, female heavyweights remain obvious minorities at most conferences. "We have an old joke," says Suellen Adams, treasurer of Austin's Westlake Interactive. "The quietest place on the planet is the women's restroom at the WWDC [World Wide Developers' Conference]." Adams frets as she explains her experience a few years ago: "Of all the developers from all over the world, I only saw about five other women." 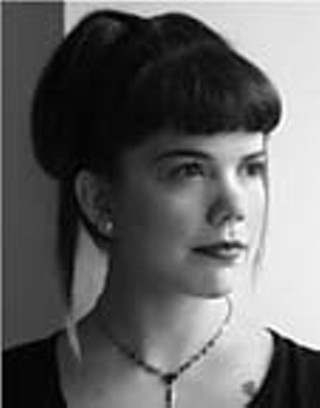 Glenda Adams, former Westlake Interactive president and director of PC and Mac development at Aspyr, suggests that looking closely at conventions like the WWDC and E3 could provide some clues about both the underrepresentation and misrepresentation of women in the growing business. "You'd think you were almost at a porn convention," she says of E3 and its booth babes. "Every year it's the same story. Who's more scantily clad? This almost seems to be an industrywide attitude, perhaps because they've been objectifying women in games for so long. It's a little uncomfortable to be in an industry with an underlying idea like that."

But each woman's experience around the testosterone-filled water cooler is different. Former producer of Ultima Online, Carly Staehlin will speak about MMOG (Massive Multiplayer Online Game) development at the Austin Game Conference. She proposes that being the minority has advantages. "I have been warmly welcomed," she says enthusiastically. "It's been a predominantly male industry for a long time. As the companies are more interested in expanding, a résumé with a woman's name will jump to the top of the pile."

Artists and HR personnel make up the largest female contingent in the business. Designer and programmer positions continue to receive few female applicants. Glenda Adams emphasizes, however, that while there may not be an organized seeking of diversity, the relative absence of women is not due to anything evil or patriarchal. "It's not intentional. The traditional target market is 14- to 18-year-old boys; so that's what they're looking for," she shrugs.

The Pew Project's July findings suggest that the traditional target audience might need re-examination. Of the college students surveyed, more women (60%) than men (40%) reported playing online games. The same study, however, reveals that in 2002 only 25% of U.S. software revenues came from women. Female thumbs are ready and nimble; so why isn't the industry exploiting this and maximizing profits?

Sheri Graner Ray (Sony Online) will speak specifically about Gender Inclusive Game Design at the Austin Game Conference. She asserts that the industry must acknowledge why women flock toward MMOGs over console games. "The real issue is that women have different learning styles than men," she says. "Online games allow alternative play patterns to emerge. I would like to see that continued."

It's easy to understand why console games don't win the adult-female dollar. Barbie and Cosmo Virtual Makeover aren't exactly thrilling pastimes for any sentient person over 15. And as Ray plans to expand upon at the conference, "bouncing girls who wiggle, jiggle, and giggle their way through volleyball" aren't going to drive women to buy the next console game or sign up to make one, either.

For more information about the Austin Game Conference, see "Short Cuts," below, and visit www.gameconference.com for registration and schedule. For part two of this story, see next week's Chronicle.