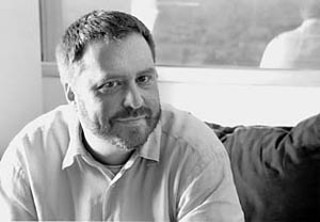 Looking at the fresh faces packed into the Texas Union Theatre last Thursday, it was clear that the ink was still drying in their high school yearbooks. Those of us hard-pressed to remember where our high school yearbooks are were definitely in the minority. No matter. We were all there for the same thing: to get a sneak peak at Freshman Diaries, Showtime's new reality series that premiered on Sunday. The latest R.J. Cutler project (American High, The Real Roseanne) tells the story of 17 UT freshmen during the 2002-2003 school year. Judging by the hearty audience response, it appears that the show is now required viewing for the semester.

Unlike a great deal of reality-TV brokers, Cutler has distinguished himself as having a sympathetic, yet unflinching eye for his subjects. 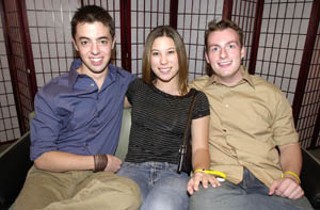 "These stories don't belong to us, they belong to the subjects," Cutler says. As in American High, Freshman Diaries participants received cameras to create personal video diaries, while three-person film crews captured students' day-to-day activities. Culled from more than 18,000 hours of film and 600 hours of video diaries are 10 half-hour episodes featuring three storylines.

"There's no question that this generation knows what it means when you sign on to do this sort of thing," Cutler says. "[But] we're going after an emotional honesty. Our treasure is buried more deeply as kids search for their individual truth."

Sixth Street carousals, sexual hijinks, and partying play almost as big a role in Freshman Diaries as the freshmen themselves, but so do the experiences of young people getting their first sobering taste of adulthood. Watching young adults deal with sexuality, disrupted friendships, parental separation (and liberation), and loneliness is much more compelling than watching a guy barf up a gallon of chocolate milk -- though that, too, has a strangely compelling quality.

"I have no regrets," says 19-year-old Luis Rocha of his experience, which includes becoming involved in his first serious relationship. "I feel like I have a home movie of my first year here. What's weird now is to be on campus. I'm like, 'Where's my camera crew?'" 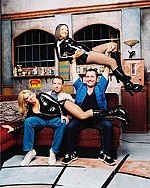