Putting a Name to a Face 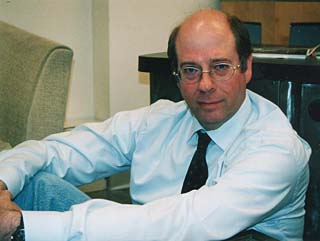 OK, it was only 33 years ago, but Tobolowsky has a point. In the growing world of film festivals, Dallas' USA Film Festival is an elder statesman. It is older than the Toronto Film Festival, older than Sundance. It could have babysat for SXSW Film. Granted, the USA Film Festival has been overshadowed by those upstarts. There are no big stars here, no industry buzz. One of the opening-night films, Peter Sollett's well-received Raising Victor Vargas, opened weeks ago in New York. And yet the USA Film Festival, ending its one-week run at the Angelika Film Center tonight, has its own charms. Neil LaBute appeared Wednesday night to screen The Shape of Things, starring Paul Rudd and Rachel Weisz. Boffo B-film auteur Lloyd Kaufman, the man behind Troma Pictures, showed Apocalypse Soon: The Making of Citizen Toxie: The Toxic Avenger 4. A handful of excellent indie documentaries screened, including People Say I'm Crazy, John Cadigan's affecting portrait of his own schizophrenia. And a hometown boy -- a character actor known for blending in -- got the spotlight.

Dallas-born Stephen Tobolowsky, whose tribute took place Saturday night, remembers when the USA Film Festival saluted its first honorees: Sid Caesar and Imogene Coca. "And I remember the idea of getting a job seemed so far away. And now, I think I've done about 85 to 90 movies. I've done 125 television sitcoms, and I've done 39 television one-hour shows."

Don't know him? Sure you do. Let Tobolowsky explain, in his role as Ned, the man Bill Murray cannot avoid, in Groundhog Day:

"Now don't you tell me you don't remember me, 'cause I sure as heckfire remember you! Ned Ryerson! 'Needlenose Ned'? 'Ned the Head'? C'mon, buddy! I did the whistling-bellybutton trick at the high school talent show? Bing! Ned Ryerson, got the shingles real bad senior year, almost didn't graduate? Bing, again!" And his signature line from that film -- "Watch out for that first step, it's a doozy."

It was Groundhog Day that tipped things for Stephen Tobolowsky. Despite roles in Thelma & Louise, Mississippi Burning, Spaceballs, and The Grifters, Tobolowsky was just some guy who looked familiar -- maybe he was from work or the PTA -- and then came Harold Ramis' brilliant little film, and suddenly people were calling out as they passed him, "Hey, Ned! Neeedddd!" More recently, he has played an amnesiac in Memento, a ranger in Adaptation, a father in The Country Bears, and sealed his position as one of Hollywood's leading pinch-hitters. When Oliver Stone refused to show up for his role as a DA in Marc Rocco's Murder in the First (Stone was depressed about the reviews for Heaven & Earth), the director called Tobolowsky. "He said, 'We're shooting this scene today. Can you come down and do it?'"

"I'm able to go out there and act and have a good time," Tobolowsky says, "but Mel Gibson and Bill Murray and Dennis Quaid, their careers hinge on the film doing well. I don't want to live with that kind of pressure. I don't need it. Those people make a ton of money, but what do you spend it on?"

"But you don't get the babes," I remind him.

"Oh, I get the babes," he says, nodding knowingly. "I got them at home, I don't need the babes. But it wouldn't matter if I were Wally Shawn -- if you're in the movies, you get the babes."