In Celebration of Dames 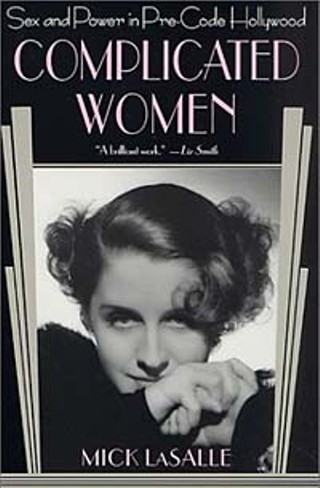 If I hear one more female TV character announce, "I've dreamt my entire life about my wedding," I think I'm going to gag. I wasn't so surprised when Friends' Monica (Courteney Cox Arquette) said it. In fact, the episode when she and Phoebe (Lisa Kudrow) play bride -- with Phoebe in a rental gown for pregnant brides -- was funny. I wasn't so surprised when the line (nearly verbatim) came out of Charlotte's (Kristin Davis) mouth on Sex and the City or from Grace (Debra Messing) on Will & Grace. But then, Carla (Judy Reyes) on Scrubs said it last week. This was so out of character, I began to wonder if there was some vast conspiracy by wedding planners afoot.

It's frightening how little time it takes to make something part of the popular imagination: that women dream of a wedding where they can play damsel for a day, awaiting their Prince Charming to claim them. In spite of this, and in spite of how much TV I watch, I have no desire to bookmark bridal-gown Web sites. I have no interest in damsels. I spent a good part of my life shedding that useless damsel skin. No, I'm more interested in dames. Women in charge of their own lives. Unfortunately, there aren't that many dames on TV. Sarah Jessica Parker's Carrie has some damelike qualities, as does Kim Cattrall's Samantha. If only Samantha wasn't punished (usually through humor) for her sexual freedom. And the story arc where she turned into a raving, green-eyed monster over Richard. Very undamelike.

If you want dames, you'll find them on TV next month, starring in movies made more than 60 years ago in a Turner Classic Movies festival called Complicated Women. Named after the documentary that kicks off the festival, the title comes from the Mick LaSalle book on precode Hollywood.

The "code" refers to the Motion Picture Production Code (or Hays Code), a set of rules enforced with an iron fist and at the interpretation and whim of Joseph Breen, starting in 1934. In the beginning, studios were encouraged to follow the code. But when religious groups and other guardians of virtue began to complain about certain films, Breen -- who had close ties with the Catholic Church's Legion of Decency -- not only presented the code as an ironclad approach to filmmaking, but also was able to play its chief enforcer. This in spite of the fact that he sometimes had no idea of what he was ruling on. When a script based on William Faulkner's The Sanctuary came across his desk for approval, his response was that, while he'd "not read Faulkner's book, he was sure it was a bad idea to make it into a film."

Films in Complicated Women -- precode pictures -- feature many legendary actresses in film history: Greta Garbo, Norma Shearer, Jean Harlow, Barbara Stanwyck, Marlene Dietrich, Bette Davis, and others. They play vamps, businesswomen, molls, divorced women, unwed mothers. They play women in charge of their lives, unwilling to wait for someone to rescue them from their situations. Is a film like Frisco Jenny (1932) even possible today? In this, Ruth Chatterton stars as an unwed mother who loses her lover in the San Francisco fire. To support her child and herself, she turns to prostitution, becoming a well-to-do madam with her own brothel. In Female (1933) Chatterton plays an auto magnet who says to her lovesick male secretary: "I can't be annoyed with jealous or moody men about me." She then has him transferred and goes back to work -- not off to select wedding dresses.

The festival opens with the Complicated Women documentary and includes 26 precode films. What intrigues about these films is not the acting or dialogue -- there's definitely a florid, dated quality to both these elements. What is interesting are the characters -- assertive, gutsy, sexually alive women who took their lives into their own hands in not so conventional ways.

Buffy Stuff You Need to Know

The newest Alamo Drafthouse opens May 16 at 13729 Research in the Lake Creek Shopping Center -- not the Lakeline Mall as I wrote last week. The new location opens just in time for the May 20 series finale of Buffy the Vampire Slayer and send-off party hosted by the Alamo at the new location. For info on the new site and other Alamo events go to www.drafthouse.com.

Mariachi: The Spirit of Mexico airs May 3, at 7pm, on KLRU. The special features performances from the ninth annual International Mariachi Festival held in Guadalajara, Mexico, last September... The two-hour season finale of Alias airs May 4... The season finale of The Practice airs May 5. Industry pubs say that creator David E. Kelley wrote the episode so that it could serve as the series finale... Nominations for the 55th annual Emmy Awards will be announced May 15... Another Michael Jackson special airs on Fox in May. You've been warned.
More TV Eye columns