Filmmaker Jamie Meltzer pokes under the rock of the music industry in 'Off the Charts: The Song-Poem Story' 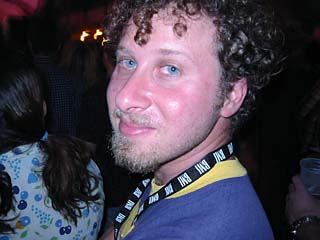 In Off the Charts: The Song-Poem Story, Jamie Meltzer takes an intimate look at a dark corner of the music industry, where amateur lyricists answer ads in the back of magazines promising fame and fortune for song lyrics. The scam is older than the recording industry -- the first song-poems were sheet music -- and remains to this day, offering a parallel universe where every song is a potential hit, even "Blind Man's Penis." Meltzer's film follows the song-poets and their producers as they engage in a long-distance collaboration that reveals itself to be more about self-expression than exploitation. The Austin Chronicle caught up with Meltzer and song-poem producer Art Kaufman, of Magic Key Productions, at SXSW, where the film was enthusiastically received. Off the Charts will air on KLRU on Thursday, April 10, at 10pm, as part of the "Independent Lens" series.

Austin Chronicle: What drew you to the idea in the first place?

Jamie Meltzer: I don't like funny music, so it's not that. I was attracted to the music because of the sincerity and wildness of the lyrics. You have songs that tackle a completely different range of subjects than pop music -- lyrics about politics, family members, dogs, outer space.

AC: Some of the characters in the film could easily look ridiculous, yet your film carefully avoids being condescending. Was this a difficult line to walk?

JM: I never really separated myself from the song-poets in the film, so it wasn't hard for me to relate to them. I had to be somewhat delusional to keep working on the hope that someone would actually be interested in my film. The strangest character in the film is Caglar [the author of "Non-Violent Tae Kwon Do Troopers"] but the more I think about his lyrics, the more I see his talent. He throws all these different genres together and comes up with something uniquely his own. 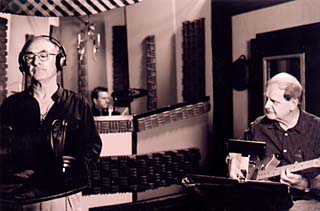 Off the Charts: The Song-Poem Story

AC: Did you have trouble getting access to song-poem producers?

JM: Most of the song-poem studios wouldn't talk to me -- they were really sensitive of being portrayed as running a scam. ... The song-poem producers that did give me access, Art [Kaufman] and Ramsey Kearney, run a different kind of business. They really tailor each song to the lyrics and work hard at what they do.

AC: Art, your ads do lure people with the hope of getting royalties. Do you feel that is dishonest?

Art Kaufman: I say "potential royalties." The basic structure for the song-poem ad hasn't changed in 50 years. You have to have the word "royalty" in the ads. I have no idea how some companies get away with guaranteeing thousands of dollars in their ads. But when it comes to producing the songs, I do exactly what I promise in the contract. And I don't think I would still be in business after 20 years without sticking to my word -- most of my clients are repeat customers.

I know that a lot of my clients are poor, a lot are clearly uneducated and from the deep South. And I make it a point to keep the price really affordable for working people. I will do a song for as little as $99, for vocals and guitar, which most people can afford. I had a talk with God about what I am doing, I guess, and he said it was all right. ... I just got a letter from a 78-year-old client, and she wrote that she played her song for a friend that is dying of cancer, and she said, "After hearing that song, I can now die in peace." Those are the kinds of letters that keep cheering me on. I really put my best into every song, and that is what makes the work challenging and rewarding.

AC: Art, what kinds of lyrics have you been receiving these days?

AK: Since September 11, I have been getting all kinds of songs about that. People clearly feel the need to express their feelings about that. I have gotten one or two about the stock market, but mostly it's "Buildings Burning" or "Call 911." That sort of thing. Since the film came out I have gotten a lot of very sophisticated submissions from audience members, but it remains to be seen whether they will actually be clients.