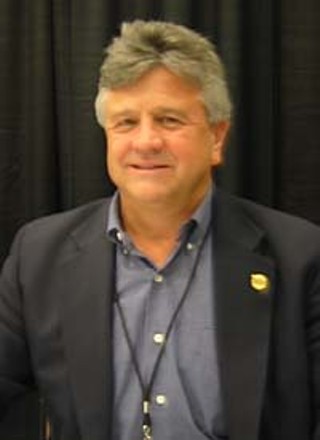 Don Knezek (Photo By Michael May)

Computers vs. Blackboards: Net Learning or Not Learning?

Monday, March 10, 10-11am
The next generation may feel comfortable beaming a wireless e-mail from their PDA, but will they be able to write a complete sentence? This panel included a wide spectrum of educators and education experts discussing the effect of the digital age on learning and development, and how teachers can use technology in the classroom.

Edward Cossette, director of visual design for ExploreLearning.com, a Web site that features hands-on, multimedia simulations called Gizmos, said that today's students are better able to handle and process a multitude of stimuli than their parents. "I have seen kids," he said, "sitting at their computers, talking on their cell phone, and having a conversation with their mom at the same time. They have developed a remarkable ability to keep track of all these things happening at once." That's gr8, but he and other panelists also noted that text-message shorthand has been making its way into formal essays, a trend of questionable literary value :(

But Elizabeth Piedmont-Marton, a English professor at Southwestern, countered that, thanks to e-mail and the Web, more people are writing than ever before. "Historically," she said, "culture has dictated who writes and who doesn't. I think the proliferation of e-mail and the Web has forced us to question what exactly is meant by 'literate.' It is a good debate to have."

When it comes to technology in the classroom, all agreed that technology is only one more tool in the hands of a good human teacher. "There are few students that will thrive alone in front of a computer," said Don Knezek, CEO of the International Society for Technology in Education, a nonprofit that helps schools integrate technology. "A passionate teacher can make great use of technology, but it is not a replacement for that desire to teach."