Johnny Depp plays Axel Blackmar, a guy who talks to fish, dreams of the Arctic, and sure as hell isn't going to take over the Cadillac dealership his Uncle Leo (Jerry Lewis!) owns. 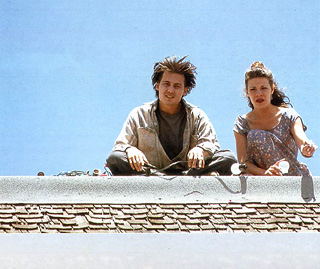 If Sarajevo-born director Emir Kusturica's only film in English feels at times as if something must have been obscured in the translation, it's no less memorable in its own way than his Balkan masterworks Underground, Time of the Gypsies, or Black Cat, White Cat. From the Eskimo dreams that bookend the picture to the tropical fish that periodically comes swimming through the air, Arizona Dream has a surreal quality that you accept on its own terms or not at all. Johnny Depp plays Axel Blackmar, a guy who talks to fish, dreams of the Arctic, and sure as hell isn't going to take over the Cadillac dealership his Uncle Leo (Jerry Lewis!) owns. Faye Dunaway plays the insane widow Depp takes up with, a woman who just wants to learn to fly; Lili Taylor portrays her equally insane, stubbornly suicidal daughter; and Vincent Gallo plays it wannabe-cool as an aspiring actor who mostly recites scenes from his favorite movies. Pairing Depp and Dunaway as steamy lovers is a particularly nice touch, especially as a counterpoint to the obviously doomed May-December marriage of Lewis' used-car salesman and Paulina Porizkova's teary Balkan bride. What stays with you, more than anything plot-related, is a series of indelible images: Cadillacs stacked all the way to the moon; Taylor playing the accordion; ramshackle flying machines; and Gallo belly-flopping on a talent-show stage in an attempt to perform the crop-duster scene from North by Northwest. If you're paying attention, you're also left with a need to rent everything Lili Taylor's ever been in, and fast, from Say Anything ... right down to High Fidelity. 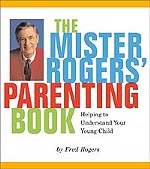 Roll Over, Spock, & Tell T. Berry the News
Once they unwrap these, they'll put them on the coffee table or in the WC, and then they'll hug you!