There is plenty of bad and ugly to go along with the good, yet each character in Sergio Leone's American opus seems to live inside a cinematic glass orb in which his virtue and his vice settle like snowflakes around an elegy to himself. 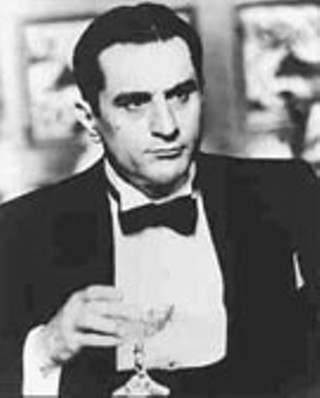 Hard to believe it, but director Sergio Leone -- don of the Spaghetti Western -- turned down offers to direct The Godfather in favor of the far lesser known Once Upon a Time in America. Leone had a vast, complicated love affair with American culture, but after a decade of preparation, the abridged edit of his last film flopped in theatres stateside. Lucky for us, the VHS edition restores Leone's swan song to its original 226 minutes. In a series of addling hallucinogenic flashbacks, we (attempt to) follow four young Jewish gangsters in Prohibition-era New York as they progress from adolescent schmucks to typical grown-up sleaze bags. The flashbacks emanate from De Niro's "Noodles," the film's morally ambivalent protagonist, who has been called out of voluntary mobster retirement to tie up a few loose ends. There's loving, there's killing, there's stealing, cheating, womanizing, and all the other fun stuff one expects from a film of this sort; in the end, everybody's worse off or dead, and Noodles has managed to snuff out any chance for redemption by raping his childhood sweetheart in the back of a taxicab. Some may say the flashback narrative style leaves the viewer in a cloud of dust -- but in a strange way, it also redirects our attention away from "who whacked whom" toward the characters' essential humanity. What leaves an impression are moments like the 12-year-old boy bringing his girl prostitute a pastry as payment for services to be rendered, then losing patience and gobbling it up outside her door. Or a young Jennifer Connelly coyly mooning Noodles as he spies on her practicing her dance routine in the storage room. There is plenty of bad and ugly to go along with the good, yet each character seems to live inside a cinematic glass orb in which his virtue and his vice settle like snowflakes around an elegy to himself. Critic Adrian Martin described Leone's films as "odes to the human face." Truly, Leone ennobles his beloved caricatures in an artist's affectionate gaze.