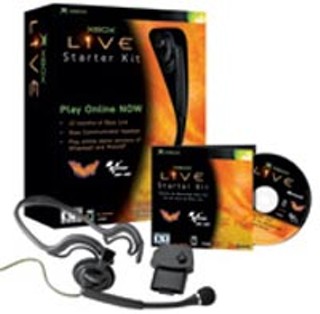 For an interminable year, a dust-collecting ethernet port on the backside of every Xbox game console in North America lay dormant like a Cold War sleeper agent. Xbox owners consoled their consoles, housed inside faux oak entertainment cabinets or perched perilously atop HDTV sets, with promises of expanding their matrices beyond current programming, awaiting a fateful day when their ash-gray Xbox pets might awaken from an isolated consciousness, reborn into something akin to a Borg collective. As improbable as it sounds, this massive artificial awakening came to pass on Nov. 15 as Microsoft released its long-awaited Xbox Live online gaming kit. Like a titanic solar flare, a digital ripple effect spread across our wired nation, breathing life into the soulless ethernet ports of once-sullen Xboxes, opening a gateway into a vast universe of high-speed gaming. No longer are players relegated to pitting themselves against sterile computer opponents or forced to import friends onto their futon for the chance to hurl insults at flesh-and-blood opponents. And whether it sensed it or not, the American gaming community took one baby step further into the blinding light of virtual reality. More than a simple online, multiplayer connectivity kit, the new Xbox Live hardware makes it possible to actually talk and listen to other opponents who are logged in from coasts east to west. Outrigged with an Xbox Communicator (think telemarketer headphone mic) that fits neatly over your ears and magically transports the finest profanity across fiber optic cable, Xbox Live players from Austin to Manhattan may now converge 24 hours a day, seven days a week, to the Microsoft game server to talk fresh trash on a virtual football field or hurl burning robot missiles across snow-covered plains. And as much as everyone loves to poke holes in the bloated balloon of Microsoft, it's hard to deny the appeal of Xbox Live. Everything from new account setup to server stability and game title quality has earned buoyant reviews. So, if Xbox Live really is the gaming nirvana Microsoft promised the world on paper, then why hasn't President Bush already declared an Xbox Live national holiday in which a proud nation of 288 million gamers ride into a ticker-tape parade at One Microsoft Way, Redmond, Wash.? Answer: Start-up costs. For the basic Xbox console, Xbox Live kit, installation and subscription to high-speed Internet service, plus the obligatory network router and peripherals, you're looking at orchestrating hardware to the tune of $400 to get your game face on. And don't let slip the cost of games $50 a throw. Steep prices for your average 11-year-old on a 20-bucks-a-week allowance, but Microsoft is betting millions of its own stock options that the payoff will be richer than a black-market kidney auction in Moscow. Part of its cocksureness stems from the fact that Xbox Live will offer a steady stream of subscription-based revenue. Once a year, Microsoft will pass the collection plate for a yet-unknown account fee and will soon offer "premium services" for download on to your Xbox hard drive. That said, parents already primed to mindlessly drop a $50 Xbox Live kit into their child's stocking this Christmas might take special note when creating account settings on your child's dashboard configuration. Also, be aware that when signing up for Xbox Live, Microsoft will require you to spit up little artifacts like personal addresses, home phone numbers, dates of birth, and, oh yeah, your credit card number. But hey, you didn't expect Bill Gates to give it away, did you?