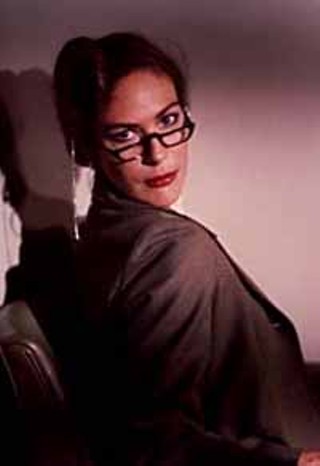 Whether she's performing whip dances behind the Velvet Underground in Warhol's Exploding Plastic Inevitable or playing the top female tough in the Corman exploitation films, Mary Woronov exudes a presence with which one should not trifle. Often clad in leather (as in Death Race 2000) and often projecting the air of a dominatrix, Woronov is frequently cast as the prison warden or school principal (famously, as the killjoy Miss Togar in Rock 'n' Roll High School). When she plays up this harsh persona and her angular features, the characters she creates can be seen smashing the formulaic boundaries of sexual role play. But Woronov, a staple of the early Andy Warhol films of the Sixties and the later Roger Corman drive-in B movies, also has a firm handle on comedy. Her finest performances are the lightest of comedies -- Eating Raoul and Scenes From the Class Struggle in Beverly Hills -- and it's probably no accident that she worked on and co-starred in them with her close friend, director Paul Bartel.

Twenty years ago, when the Chronicle was in its first year of publication, the paper hosted a test screening of Eating Raoul at the old Varsity Theatre. Earlier screenings had not fared well, audiences timid to embrace this dark comedy about a married couple (played by Woronov and Bartel) who finance their own restaurant by eliminating the perverted swingers who drop by their door. Years later, we learned that this hugely successful Austin screening was the first proof that there indeed existed audiences who "got" the humor and enjoyed every drop. Two decades later, Austin gets to welcome Woronov in person at the Rolling Roadshow's Rock 'n' Roll Drive-In this Saturday at the Austin Studios. Playing on the bill are two quintessential drive-in movies in which Woronov co-stars: Death Race 2000 and Rock 'n' Roll High School.

Austin Chronicle: How do you get from the Warhol years to the Corman years?

Mary Woronov: For me it was pretty easy. Physically, I knew Paul Bartel in New York. He had just done a movie called Secret Cinema, which I thought was fabulous. He wanted to do Hollywood movies, so he went to Hollywood and worked for Corman -- no, his brother [Gene Corman, who produced Bartel's deliciously perverse Private Parts (1972)]. Then he got Death Race 2000, and he called me up and said, "Look, if you fly yourself out here, I know Corman will hire you once he sees your legs." And, in fact, I did fly myself out, and I met Corman at a movie theatre. He didn't seem to take much notice of me. And the next day I was hired.

Mentally, I would say it was relatively easy for me because I was very accustomed to improvising in Warhol's movies. ... Also on the stage in the Theatre of the Ridiculous -- you were required to leave the script so that you frightened the audience. It was very much that kind of theatre: breaking the boundaries of acting.

So when I arrived at Corman's studios, the scripts were usually so abysmal (because he was so cheap) that any kind of improv was accepted and rewarded. You weren't paid for it, of course, but I actually really loved doing these movies because I could improv; I could write my own lines, at any time -- even on Death Race 2000, the first movie. Nobody ever said no to me. I'm sorry I didn't do it more.

AC: You are both a published author and successful painter. I've read that your first visit to Warhol's Factory came when you were touring artists' studios in your art class in college.

MW: I've always been interested in art. I've always done painting all my life. Before I even went to college. And then I went to college for it. The reason why I stayed with Warhol is because he was an artist. It was like tutelage with a great artist. I knew he was great. I didn't really necessarily like his work, but I knew the people around him were brilliant. 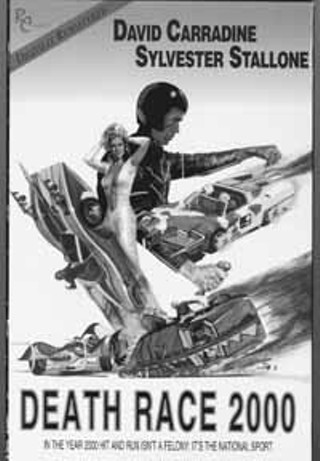 What happens is, in my continuation of art, I was forced into the movies, because that's how Warhol used me. He certainly did not ask me to whip out a painting for him. He used me in the movies, and that's where my fascination with that kind of medium started. And I looked at it as an art project. I looked at myself as a thing to be used. I almost entered into another body when I was onscreen. I knew that they wanted a certain kind of person. I formed that person. I made that person. And then I made that person real -- as if I had a life. When I went home I was nothing like that person. Nothing. No, I was a good Brooklyn girl. And I did go home often because I certainly couldn't support myself. They knew nothing of this formidable character. It was the beginning of camp when I was there -- of acting in which you take an impression of something and you discuss it in your acting. You don't become something like in Stanislavski, but you take a stand and say, "I know you see a man, but I am actually a woman." Then you'd stand on that. And even when you're in the subway you refuse to give it up. Even when it's ridiculous. Hence, the Theatre of the Ridiculous. You refuse to give up that attitude. Instead of method, it's attitude.

AC: This formidable character that you've created -- very few of your roles have ever varied from that.

AC: You mentioned the difference between being an actress and a personality. Can you elaborate on that?

MW: I'm really a cult queen now. I'm not even a personality. Now, I don't mind it. When I was really serious about acting, or making more money at it, I was annoyed that I was always pigeonholed in a B-movie cult kind of thing. Now, when I look at the fact that I'm a cult queen, I actually like it. No. 1: It was fun to do. No 2: Cult is a very bizarre thing. These people look at these movies, and they make them ironic -- in other words, these movies do something else. They're no longer just a movie entertaining you. The fans watch the same movie over and over and over. They fantasize about this movie until, pretty soon, the movie and the personality develop a cult of their own. The personality is no longer an entertainer but stands for things. And I like that idea. I think that's really great.

AC: It also seems to me that Corman and Warhol -- in addition to their low budgets and improvisational possibilities -- shared similar aesthetics about the artist's relationships with popular culture.

MW: The thing about "cheap" is that you ask the audience to use their imagination. If you have a big budget, and you do everything for them, they don't do anything but sit there like geese with their mouths open waiting to get stuffed. I enjoy the other. I like saying, "OK, look, this is really fake, but now we're going to pretend it's real. I'm just a normal girl, but you're now going to pretend that I am this insane schoolteacher who is very capable of killing people." It's wonderful. You go along with it and have fun with it. Those cars [in Death Race 2000] are obviously not race cars. They're all so phony. Obviously, the background is being moved behind them. But people love it. Because they understand the game and go with it. They're not stupid. They don't like to have everything done for them. They want to be part of it. They want to bring their imagination to it.

AC: What can we look for from you in the future?

MW: I just did a movie in Fort Worth/Dallas called Prison-a-Go-Go. The group of kids doing this are spoofing old-fashioned prison movies. They're doing a spoof on a cult movie. They hired me to be the warden -- my normal role. The director's name is Barak Epstein [who also wrote and produced] and it also co-stars Troma Pictures head Lloyd Kaufman. They just finished it. They did it in two weeks. I'm very, very pleased with the attitude of the kids out there.

Mary Woronov will be in attendance at the Rock 'n' Roll Drive-In on Saturday, Nov. 16, at Austin Studios (1901 E. 51st). Cost of admission is $13. Ticket price includes food and drink, live music by the Pallbearers and Sons of Hercules, and two features: Death Race 2000 and Rock 'n' Roll High School. Music starts at 6pm; screenings begin at 8pm. There will be classic cars on display from the Kontinentals Car Club. For more info or to purchase tickets, visit www.drafthouse.com. For more on Mary Woronov, visit www.maryworonov.com.