What happens when a teen heartthrob leaves acting? Real life 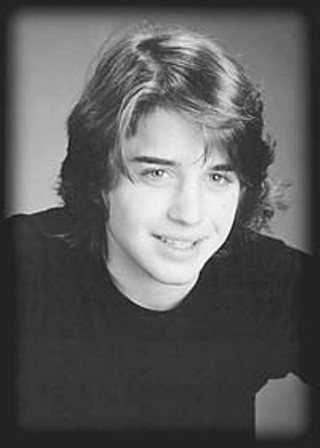 Ilan Mitchell-Smith (here, during his child actor years) will present Weird Science at the Drafthouse Downtown on Sunday. All grown up now, he's a father and an assistant professor at A&M.

You don't think you know Ilan Mitchell-Smith, but you do. You know him because you saw Weird Science. Even if you didn't see Weird Science, you've heard of it. That zany, cultishly popular teen-sex romp from John Hughes about two dorks who create the perfect woman? Well, there were two guys in Weird Science: Anthony Michael Hall and the Other One. The Other One is Ilan Mitchell-Smith, and these days, he's a Ph.D. candidate in Medieval Studies at Texas A&M.

How did that happen? After a 10-year career in films, including parts in The Wild Life and The Chocolate War and several subsequent years of painful bottom-scraping, Mitchell-Smith came to realize that his passion and talents might lie beyond panties-on-the-head comedy. "One of my first memories is looking at a little knight that I have and thinking, 'This is the neatest thing I own in the world,'" he says. His life these days is about scholarship and tucking his kids into bed; he didn't even tell people in his department about his acting career. On Sunday, Nov. 10, Ilan Mitchell-Smith will host two screenings of Weird Science at the Alamo Drafthouse. It will be the first time he's seen the film since it came out in 1985.

Austin Chronicle: I had such a crush on you after Weird Science. I remember you from the teen magazines.

Ilan Mitchell-Smith: But did you think of me as "the Other One"?

AC: I guess I did. Did it bother you that Anthony Michael Hall got all the attention for that film?

IMS: Not so much. It was keenly felt that I was there as the second guy, so I didn't have any illusions. You know, I didn't like Anthony Michael Hall, and I don't like his work now. But when he was little, he was a funny guy. And good. I wasn't. I think I got away with stuff. There was so little emphasis on ability as an actor. And so much praise, easily gotten. I was praised a lot for my "quality." Who knows what that means?

AC: The Alamo has been promoting your appearance with the tag line "Not Every Child Actor Goes Bad." What did you think as you watched that rash of child actors spiraling into a life of drugs and crime?

IMS: Maybe it can be hard to be treated so well and then not. But I'm hesitant to assign that as any cause. How many child actors have turned to a life of drugs and crime? Probably less than 20. Think about how many child actors there have been in sitcoms and movies, and they have all made something of themselves. We just don't really care about them, and we shouldn't. But like Winnie from The Wonder Years -- she's a mathematician, and apparently a good one. That's just not really sexy. That's not somebody we used to laugh at on TV with a gun in a liquor store.

AC: Tell me about your decision to leave Hollywood.

IMS: I'd been thinking about it for a long time. Do you remember that show Silk Stalkings?

AC: It was some sex show on cable, right?

IMS: It was hideous. And so when I found myself guest-starring on that as the rapist (and the most likable guy on the show), it made me think, "This is where I'm probably going to be." I never had any real celebrity, but my career will be just getting by like this.

AC: Is it true you don't tell people you were an actor?

IMS: It's just so long ago. There's no easy way to answer the standard questions, and if there were, it wouldn't be exciting. A standard question is "What was it like to kiss Kelly LeBrock?" The truth is, that it's weird to be 15 and kissing a woman who is 30, who wouldn't be kissing you unless she had to. It's weird in all kinds of ways and not really that great. But that's not the answer the guys want. Because no matter what I say, the next thing he says is, "Dude, I would have fucked her." You're 15. She's married to Steven Seagal. How are you going to bring that about?

AC: I noticed there are Web sites devoted to you, and they're up-to-date. You still have fans.

IMS: The Web site I thought was the funniest is no longer around. It was called "Phred's Beautiful Boys," and it was devoted to 15-year-old actors who, preferably, had their shirts off. You clicked on the picture of the guy in the leather harness to leave mail.

After Weird Science, I got fan mail from girls in America. A couple of years after, it's girls in France and Germany. And then it goes east and east, until I'm getting letters from this Japanese girl about how much she liked Electric Penis.

IMS: That's what they called Weird Science there. At this point, I only get a few letters, like three a year. But I'm in the last stage, which is men in prison in America.

AC: One of the Web sites I found was really sweet. The woman writes, "This Web site isn't intended to sadden [Ilan] in any way by honoring a part of his life he has no emotional connection with any longer. It is just my own personal way to thank him for the entertainment he has provided filmgoers."

IMS: That is sweet. But I think it might be wrong to assume it's a girl. I'm thinking a guy in prison just got access to a computer.