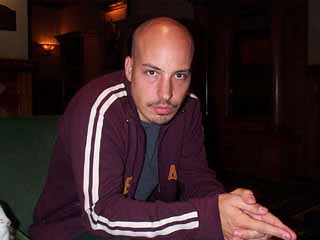 "Again and again, what I come back to when I try and sit down to write a movie, is this fucked-up relationship thing -- what makes people stay together and what tears them apart." -- Austin Chick, writer/director (XX/XY)

"When you're sixteen it's all about sex, and it still is. It's good to know that some things never change." -- Dylan Kidd, writer/director (Roger Dodger), on getting into the head of his teen lead

"You don't want the audience to trust you, so that you always have the potential to do something vicious and terrible. It's a nasty genre, one of the only kinds where you kill your hero." -- Eric Red, writer/director (The Hitcher, Near Dark)

"I feel the less you see, the better your imagination will fill in the gaps. A good example is Alien -- the less you see of the creature, the more you saw it." -- Tobe Hooper, director (Texas Chainsaw Massacre)

On the Writing Process

"One thing I do when I'm stuck is take my character, put him in a Corvette. Have him buy a few six-packs of beer, drink them, and get into a big car crash. At the gates of heaven, he's got to start explaining himself. It's amazing how characters will start talking." -- Bill Wittliff, screenwriter (The Perfect Storm)

"When I'm writing, I have this saying, 'Let it be bad,' which is a dangerous thing to say in public." -- Robert Festinger, screenwriter (In the Bedroom)

"I think a writer's responsibility with a manager and an agent is to know what you want and tell them what to do." -- Polly Platt, producer (Paper Moon, Terms of Endearment)

"I can't write worth a shit, but I think writing's where it all begins." -- David Allen, producer (Dog Soldiers)

"Imagine shooting a movie about a giant crab when Jaws opened. We knew we were fucked." -- Scott Rosenberg, writer (Things to Do in Denver When You're Dead), on the similarities between Pulp Fiction and Denver, which was in production as Pulp Fiction opened to critical and commercial success (Denver's total gross was half a million)

"Once we cast Jeremy Irons as Kafka, well, the movie was done for."-- Lem Dobbs, screenwriter (Kafka, The Limey) on the casting for the commercial and critical disappointment, Kafka

"Well, my plan was to be homeless or be a writer." -- Philip Levens, writer/producer (Smallville)