Back on the couch again 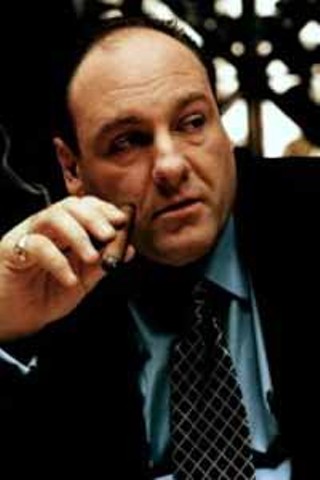 James Gandolfini stars in The Sopranos.

After a summer diet of reality/challenge junk food, it's time for the main entrée, the baked ziti of all television dramas, The Sopranos. If you're not up to speed on the HBO drama, don't fret. Season recaps have appeared everywhere, from TV Guide to Entertainment Weekly to a special fanzine, The Sopranos Companion (published by TV Guide). If that doesn't help, there's sure to be a Sopranos fan somewhere in your life more than willing to give you the history of the mob drama. That's all good. But the real question is, what's in store for season four? Was the unprecedented 16-month hiatus worth the wait?

According to many sources, the season premiere alone is enormously satisfying. This year, the series turns its focus on Tony and Carmela's marriage and, according to a Sept. 8 article by Julie Salamon in The New York Times, "the sense of fragility and vulnerability that has crept into almost everyone's life this past year" since Sept. 11. However, it's the intimate details of the characters' lives in this tightly woven drama that will ultimately prevail -- and make watching The Sopranos a Sunday night ritual.

Things to expect in the new season: Uncle Junior (Dominic Chianese) goes to trial. Christopher (Michael Imperioli) gains more responsibility and begins losing a grip on his temper again. Meadow (Jamie-Lynn Sigler) sees a shrink (not Dr. Melfi) and wants to go to Europe. Anthony Jr. (Robert Iler) gets a girlfriend, and wife Carmela (Edie Falco) runs into Father Phil again. And Tony Soprano (James Gandolfini)? He struggles to keep the "business" afloat in a faltering economy while returning to that riff he was on a few seasons back, longing for the days when men were men.

The Sopranos has inspired several scholarly books on the series. The most readable of the three that reached my desk is The Psychology of The Sopranos: Love, Death, Desire, and Betrayal in America's Favorite Gangster Family (Basic Books, $22). Written by Baylor College of Medicine Professor Glen O. Gabbard, this book of seven breezily written essays is the result of an online exchange he had with colleagues at Slate. Blending psychoanalytic theory with examples from contemporary film, mythology, and Shakespeare makes Gabbard's book an illuminating discussion of the series.

Unlike Gabbard's book, The Sopranos on the Couch: Analyzing Television's Greatest Series (Continuum, $18.95) is a dryly written tome by Canadian professor of popular culture Maurice Yacowar. The analysis is paltry and includes a lot of talk about camera shots that would be better illustrated visually -- which is what sells DVD collections and perhaps explains why many of Yacowar's references are from The Sopranos DVD collection commentaries. Bits of trivia that often conclude episode analyses are sometimes interesting. A list of Sopranos-related Web sites and cast lists for each episode are useful.

Professor of English and Feminist Theory Regina Barreca has edited a collection of essays by Italian-American writers titled A Sitdown With the Sopranos: Watching Italian American Culture on T.V.'s Most Talked About Series (Palgrave, $12.95). The contributors cover several aspects of the series, writing in response to the criticism that The Sopranos offers a negative portrayal of Italian-Americans. Together they argue that this criticism fails to recognize the complexity of the series. Or, as Barreca says in her introduction, "To reduce The Sopranos to being a story about violent Italian Americans is like saying that Hamlet is about moody Danes." A Sitdown With the Sopranos is a good addition to any serious fan's library and to students of popular culture and television.

Friday, Sept. 20: Firefly and John Doe (Fox), What I Like About You and Greetings From Tucson (WB)

**New series are in bold.