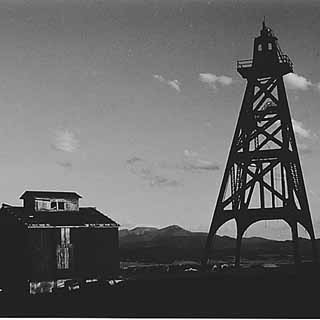 An Injury to One

Before May of 1995, Clairemont, Calif., a suburb of San Diego, was nothing more than one of the many U.S. communities established in the postwar boom of the Fifties that had seen better days. But Shawn Nelson changed all of that when he ganked a tank from an armory near his home and took a ride that would culminate in his death on a highway median. Nelson, a troubled crystal meth enthusiast, was unemployed at the time and passed his days digging for gold in an honest-to-god mine shaft in his back yard. Garrett Scott's mournful examination of Clairemont in Nelson's wake, called Cul de Sac: A Suburban War Story, is centered on Nelson's life, but he's only just the symbol, the watershed moment. Shot on video and rough-textured with found footage, Scott's debut doc paints Clairemont as a wounded dog: bristling, distrustful, and dangerous. His interviews with Nelson's friends and neighbors -- most hopped up on a little something themselves -- are often sad, sometimes funny, and always disturbing. While a cop's assessment of crystal's effects -- "you start a hundred projects but finish none of them" -- could well apply to the film's overreaching attempt to condense the "drug-military-industrial complex in 'America's Finest City'" in 55 minutes and 45 seconds, it's a worthy project nonetheless.

Cul de Sac: A Suburban War Story screens in Int'l. Competition 9: The Patriot Act on 9/18, 7:45pm, at the Hideout Cabaret, and Saturday, on 9/21, 1:30pm on 9/21, 1:30pm, at the Hideout. As a "contemporary practitioner" of Third Cinema -- the brand of activist filmmaking baptized in Latin America with Grupo Cine Liberación's La Hora de los Hornos and sent off across the globe to spread the good word -- Travis Wilkerson is a propagandist, pure and simple. But Wilkerson's An Injury to One is about as far from pure and simple as one can go, and his propaganda is on the good guys' side. By necessity overwrought, pious, and pretentious, Wilkerson's study of the lynching of labor agitator Frank Little in 1917 Butte, Montana, is an astonishing document: part art and part speculative inquiry, buzzing with ambition and dedication. Wilkerson narrates in a stern, spurned detective's voice as he takes us from the 19th century to the eve of the 21st, from Butte as land of frontier promise to Butte as land of death and environmental destruction. He wields avant-garde graphics and archival ephemera like a lasso, and his shots of modern-day Butte are allusive still-lifes that defy time and place. This is stirring, must-see stuff, and the Low-, Dirty Three-, and Will Oldham-laced soundtrack, in addition to the dirge-like miner songs from the vaults, doesn't hurt, either. Travis Wilkerson's An Injury to One screens in Int'l Competition/Parallax: An Injury to One on 9/17, 9:30pm, at the Alamo, and on 9/22, 7pm, at the Hideout.