The kids get in the picture 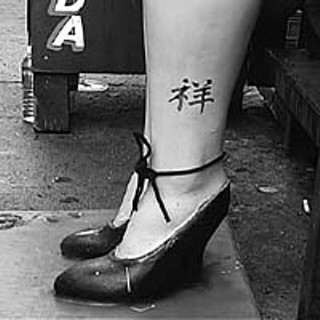 A trio of guerilla filmmakers crashes the Hamptons International Film Festival, grabbing comments from Roger Ebert and Haley Joel Osment. Two recent immigrants describe their experiences in war-torn Bosnia. A trench-coated gumshoe breaks a murder case involving cannibal zombies and rat poison. It's a remarkable panoply of films -- from Troma-esque camp to earnest think pieces about gender, age, race, and identity. More remarkably, none of the directors is over 18, and some are as young as 9 or 10. This is the lineup of this year's Cinemakids Festival, a celebration of short films (and short filmmakers) and an offshoot of the Cinematexas International Short Film Festival. Among the highlights of this year's program, which includes filmmaking workshops in addition to the screenings, are its documentaries, such as "Bought and Sold," a thought-provoking examination of the difference between cultural appreciation and appropriation by six high school students in New York City. In "Mi Nombre," filmmaker Astrid Maldonado and several of her Latina classmates at Evanston Township High School read from Sandra Cisneros' eponymous short story in English and Spanish. And Michelle Bravo's nicely observed "This Neighborhood" explores an Austin community in flashes of revelation -- shaky hand-held shots, closeups, and stills. The most ambitious selection is probably "Detective McKenzie and the Case of the Brain-Eating Zombies," a lighthearted quasi-feature with multiple locations, low-tech special effects, action stunts, and a script sophisticated enough to refer to mall gal Tiffany.

Cinemakids is a free, two-day fest of films and filmmaking workshops for youth ages 7-18, running Sept. 14-16, noon-4pm, at the Metz Recreation Center (2401 Canterbury Street). Screenings and workshops are free. For more information, or to sign up for a workshop, contact Mary Kearney at 475-8648 or mkearney@mail.utexas.edu. Cinemakids is co-sponsored by Austin Parks and Recreation and Yale Film and Video Lab.