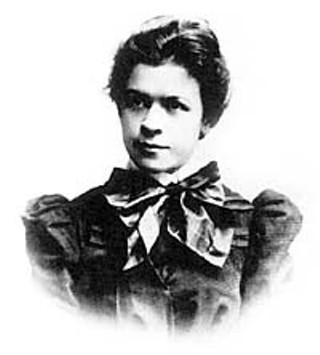 Usually identified merely as the "first wife," Mileva Maric-Einstein may have been a radical contributor to the theory most ascribe solely to husband Albert, science's most iconic male.

Around the time Albert Einstein first submitted the paper -- "On the Electrodynamics of Moving Bodies" -- that outlined his Special Theory of Relativity and that was to make his name as the great physicist of the 20th century, he wrote a letter home to Mileva Maric, the Serbian woman referred to by most Einstein biographers merely as "his first wife." "How happy and proud I will be when the two of us will have brought our work on the relative motion to a victorious conclusion!" he wrote the woman he had married a year earlier. The "our" in that letter, along with a handful of intriguing clues -- such as Einstein's attributed statement at the time that Maric "does all of my mathematics" and Maric's divorce settlement request for Einstein's Nobel Prize money, a request that Einstein granted -- have led many contemporary historians and biographers to speculate on Maric's role in the formation of Einstein's key theory. Whether or not Maric was equally responsible for her husband's findings will probably never be known for certain (original copies of Einstein's papers, reportedly signed "Einstein-Maric," can no longer be found) but upon one thing all biographers agree: Maric was an extremely promising scientist -- the only woman in her class at the Swiss Federal Institute of Technology -- who withdrew from her studies around the time she gave birth to Einstein's first child and, dedicating herself to the role of wife and mother, never published a single paper.

Austin documentarian Alana Cash's Mileva Maric: The Other Einstein documents Maric's life and explores the fascinating argument in favor of Maric as radical contributor to a theory we ascribe solely to science's most iconic male. Screening at 2pm on Sunday, June 23, at the Alamo Drafthouse Downtown, as a benefit for Austin nonprofit Tomorrow's Women in Science and Technology Inc., the film points toward a problem that T.W.I.S.T. was formed to combat -- an under-representation of women in science, mathematics, and technology that, almost a century later, persists.

Formed 15 years ago and incorporated in 1993, T.W.I.S.T. focuses on educating middle-school-age girls in science and technology; their primary annual project, a program called Expanding Your Horizons, is a daylong hands-on workshop led by local women in science- and technology-intensive fields. On November 9, the organization plans to take its EYH programs further, inaugurating at Murchison Middle School an Expand Your Horizons Jr. program for girls in the third- through fifth grades.

The aim of T.W.I.S.T. is not solely to convince young women to become scientists and mathematicians, though -- the organization encourages them to maintain interest in these fields regardless of what future career they envision for themselves. Barbara Kelly, T.W.I.S.T.'s executive director, notes that science and technology skills can be useful in a great many jobs: "We want girls to see that continuing to take these courses can influence any career they want to get into," she notes, adding that it was in fact a search for panelists with exciting non-science jobs heavily dependent on technology that led T.W.I.S.T. to contact filmmaker Alana Cash -- many of whose documentaries focus on women in science -- about participating in an EYH workshop.

That workshop led to Sunday's benefit, at which Cash will present not only her Mileva Maric biography but also Marie Curie: The Woman Behind the Mind. For this portrait of history's best-known female scientist, Cash takes the opposite approach as in Mileva Maric; instead of depicting the scientific side of a woman whom history remembers solely in the personal roles of wife and mother, her Marie Curie attempts to portray the personal side of a great scientist. For T.W.I.S.T.'s purposes, though, Curie's story is most helpful in that it's the flip-side of Maric's story -- a story of victory, not of suppression, of triumph and not of missed chances. For girls today, Curie still represents a reminder that, with persistence and belief, women can still win the Nobel Prize -- without having to share credit with anybody.

T.W.I.S.T. presents Alana Cash's Marie Curie: The Woman Behind the Mind and Mileva Maric: The Other Einstein on Sunday, June 23, at 2pm at the Alamo Drafthouse Downtown (409 Colorado). Tickets cost $10/general; $8/children & students.

Alana Cash, T.W.I.S.T., Barbara Kelly, Marie Curie: The Woman Behind the Mind, Mileva Maric: The Other Einstein, Expand Your Horizons