The Paramount Theatre gets Cinemascoped 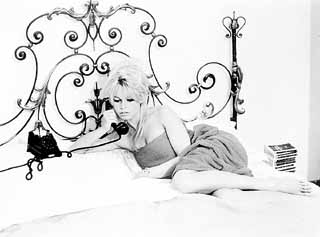 Bigger is definitely better when it comes to the movies, and nothing is bigger or better than CinemaScope movies, those sprawling, larger-than-life epics that nearly double the image size horizontally and make those already breathtaking sunsets that much more mind-blowing. Sure, Imax is top of the heap when it comes to clobbering your senses with image overload, but CinemaScope films hold a special place in the heart of film fanatics thanks to their wider-than-widescreen panache and the fact that many of the classic films of the Fifties and Sixties were shot using then-revolutionary anamorphic trickery. (For you techheads, the way CinemaScope works is that films shot and projected utilize a special anamorphic lens which squeezes the image to twice its horizontal size.)

Twentieth Century Fox's 1953 Richard Burton/Victor Mature religious epic The Robe is best remembered (when it's remembered at all) as the first movie shot in CinemaScope, and both Fox and Warner Bros. jumped on the CinemaScope bandwagon in the wake of that film's initial success. Disney's 20,000 Leagues Under the Sea with James Mason and company battling that giant, rubbery squid wouldn't have been half as thrilling without the 'Scope, and even second-tier movies like the racy Roger Vadim-directed Brigitte Bardot vehicle And God Created Woman made use of the process. More Bardot? Yes, please!

CinemaScope's heyday in the mid-Fifties to mid-Sixties resulted in a wealth of classic films that today couldn't be imagined in any other form. If you've caught Nicholas Ray's Rebel Without a Cause on your home television (and in a non-letterboxed format), you know how the horrific 4:3 cropping results in more than one-third of the picture's visual information being lost. Cable stations like American Movie Classics have thankfully taken to showing 'Scope films in their original aspect ratios, though admittedly viewing, say, 2001: A Space Odyssey anywhere but on a genuine theatre screen is a frustrating experience.

Rejoice, then: The Austin Film Society and the Paramount Theatre have collaborated on a series of CinemaScope presentations that will almost assuredly kick the stuffing out of whatever's playing at the local multiplex this summer. We're sorry, Mr. Lucas, but it's true. Speaking of Star Wars, fans will be able to see the original source material that Lucas borrowed heavily from. Akira Kurosawa's 1958 masterpiece The Hidden Fortress was the template from which Episode IV was birthed, although Kurosawa regular Toshiro Mifune is light years away from the antics of Solo & Skywalker.

In addition to the AFS series, Paramount Theatre Director of Programming Paul Beutel has rounded up a baker's dozen of other CinemaScope films for the Paramount's annual summer series, including modern 'Scope and Panavision genre films such as Alien and its first sequel, and Ron Fricke's Baraka, a dialogue-free exploration of "the oneness of mankind and nature."

"[Baraka] is just a knockout," says Beutel. I saw a 70mm print of it at the Egyptian in Los Angeles a couple of months ago and managed to talk the producer into loaning it to us. If you want to see widescreen cinematography that will just knock your eyes out, this is the film."