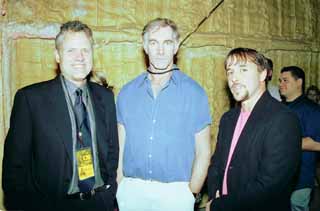 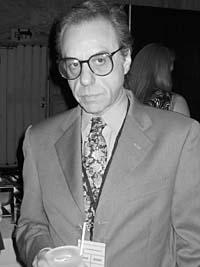 Peter Bogdanovich, who premiered his film The Cat's Meow earlier in the evening at the Paramount, was on hand to induct the luminous Cyd Charisse. 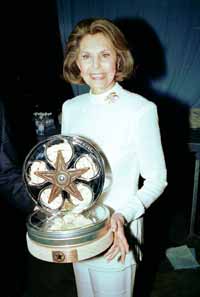 Elegant as ever, Charisse gently corrected Bogdanovich when he announced that it was her 81st birthday (it was her 79th), and Larry Gatlin, still recovering from recent throat surgery, led the enraptured audience in singing "Happy Birthday" to the legendary actress and dancer. 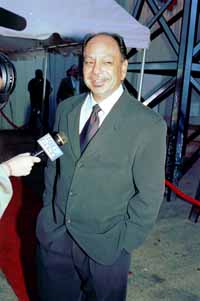 Cheech Marin (described by emcee Ann Richards as "of all Don Johnson's partners ... the one you want to remember") presented the Legacy Award to screen legend Gilbert Roland. 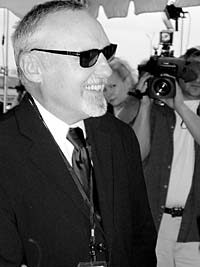 Emcee Ann Richards introduced her Mad Dog compatriot Dennis Hopper: "After a lot of hard living, he's become what we Texans like to call 'a good man to ride down the river with.'" Hopper spoke on behalf of Giant, the classic George Stevens film in which Hopper co-starred at the age of 19 with James Dean, Rock Hudson, and Elizabeth Taylor.