Pick of the Litter: 'Chelsea Walls' 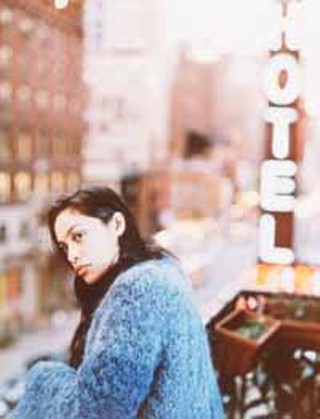 If the walls of the Chelsea Hotel could talk, they might sound depressed, or drunk, or creatively inflamed, or burnt by love, or any other number of conditions common to artists and junkies and bohemians, the likes of which -- Bob Dylan, Jimi Hendrix, Sid Vicious -- made those very walls so famous. They might sound like Nicole Burdette, the playwright of Chelsea Walls, the work on which actor/novelist Ethan Hawke based his feature directorial debut of the same name. Or, those walls might sound like Dylan Thomas, another famously drunk Chelsea resident. It was Thomas' Under Milk Wood that Burdette based her own play upon, and it is Thomas' legacy that inspires Hawke: "[The film] is about people who have that dream of wanting to be Dylan Thomas and go chasing that ghost."

A moody, sometimes mesmerizing look at the titular hotel and its damaged residents, Chelsea Walls benefits from the intimacy inherent to digital video. "With digital, the aesthetic is never going to be your strongest suit," says Hawke. "So your strongest suit is going to be what you have to say: the performance and the writing."

The performances here, uniformly stirring, come from Hawke's friends and colleagues: Steve Zahn, Robert Sean Leonard, wife Uma Thurman, Kevin Corrigan, Kris Kristofferson, even a cameo from Richard Linklater. Their stories range from the mundane (fractured love from the luminous Rosario Dawson) to the surreal (legendary jazz singer Jimmy Scott incoherently riffing on gambling). They work not so much a cohesive narrative but rather as a triumph of moments -- lyrical, angsty, haunted.

Chelsea Walls screens Monday, March 11, 5:30pm, at the Paramount Theatre; Tuesday, March 12, 9:30pm, at the Convention Center; and Friday, March 15, 10pm, at the Arbor Theatre. Director Ethan Hawke will be in attendance at the Tuesday night screening.