Film on the Fringe 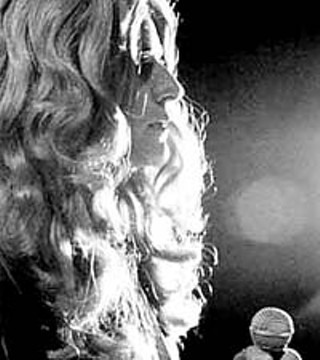 Crispin Glover in The Beaver Trilogy

1n 1980, filmmaker Trent Harris created a documentary about a shy, awkward young man named Gary who transforms himself into an all-singing, all-dancing Olivia Newton John for a micro-talent show in the tiny town of Beaver, Utah. One year later, he remade the same "documentary," this time with a young Sean Penn as a character named Larry, who essentially apes the actions of the original subject, but with an overlay of inadvertent pathos. Then, in 1985, the film was shot yet again, this time with Crispin Glover as the dotty drag performer. Harris, who directed the cult film Ruben & Ed, later collected all three variations on a theme and released them under the title The Beaver Trilogy, surely one of the most original and hilarious examples of obsessive documentary filmmaking ever seen, and an instant cult hit.

Harris' surreal triptych opens the new Blue Screen video and film series at the Blue Theater on Monday, Feb. 11, and will be followed each successive Monday evening by another example of what co-programmer and local filmmaker Kyle Henry calls a "psychotronic, underground, avant-garde, freakshow, culture-jammer kind of thing."

Henry, along with Cinematexas' Spencer Parsons and Blue Theater owner Ron Berry, have taken as their template Bill Daniels' old Funhouse Cinema, which ran as a monthly gig at the Ritz Lounge on Sixth Street four or five years back, and expanded the parameters of that fondly remembered micro-fest to include even odder examples of filmmaking run amok, including the riveting WTO documentary This Is What Democracy Looks Like, queer Chicago filmmaker Shawn Durr's legendarily off-putting "Meatfucker" (as part of the That's F**ked Up! compilation), and an evening with master-mindwarper Craig Baldwin ("Alien Anomalies From the Other Cinema").

"I'm sick of the term 'independent cinema,'" explains Henry, "because I don't think it really exists anymore. It's become just another marketing tool. I prefer to think of this as the cinema of opposition or critical cinema, which is what independent used to mean: anything that wasn't made in Hollywood or that was made on a low or no budget. We're looking for work that is oppositional to the dominant culture in one way or another, or that at the very least offers some sort of critical perspective on it that perhaps is not easily marketable."

Henry's distaste for the current state of all things indie is understandable and accurate, but the Blue Screen's lineup should go a long way toward redefining what the term originally meant, and what it can mean again.