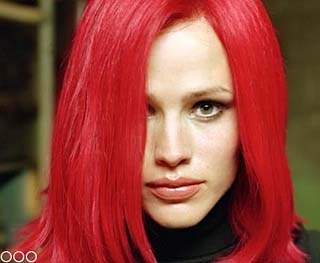 For this year's new television series, the fall season may go down in history as the one that got away. Delayed by world events, and some shows scrambling to tidy up their story lines so as not to remind viewers of recent horrors, freshman programs are in the strange position of being upstaged by real-life dramas.

The future of last year's hot product, the "reality" program, has been the subject of much discussion among media watchers, many of whom believe the trend is on the downside. Competitions to see who can eat buffalo testicles just aren't as compelling as the current drama that the U.S. prominently stars in. Fortunately, the worst of the reality series are suffering -- Mole 2 (ABC) is on what looks to be a permanent hiatus, and ratings for the embarrassingly seedy Love Cruise (Fox) did not meet expectations. Survivor (CBS), though trailing NBC's Friends in ratings, is not quite down for the count as some might suggest. I have to admit, though, there's something extraordinarily annoying about this year's round of contestants, who've said and done the stupidest things: throwing out water, pilfering food, and fretting over how to make a fire. But the boneheaded award goes to Kelly of the Boran tribe (or maybe it was Kim from the Samburu -- I'm losing track and interest): "I thought this was going to be like going on a camping trip with friends." Didn't these people watch the first two seasons?

The expectation of audiences to turn to escapist entertainment is also a subject of discussion among media critics. I have to say this is true in my living room. Of the new TV series, few of them hold my interest, and those that do are either of the adventure, good vs. evil variety, or teetering on the edge as absurd comedies. Here's a rundown of my new fall faves:

Alias: A comic-book, rough-and-tumble adventure series, plain and simple. Jennifer Garner stars as Sydney Bristow, a spy for the covert agency, SD-6. When the agency blows her fiancé away (she told him what she does for a living), she seeks revenge by turning double agent and joining the CIA -- all the while pursuing a graduate degree in ... oh, does it matter? What I love: Whether Syd is jetting to Madrid, Istanbul, L.A., or Paris, she never suffers from jet lag, and is always there for gal pal Francie (Merrin Dungey), if only by cell phone. And it's a treat to see longtime Broadway actor Victor Garber, co-starring as Sydney's aloof father, another SD-6 agent turned double agent. Their estranged relationship is actually poignant, though it sounds idiotic in print. Best of all, like the venerable Buffy the Vampire Slayer, Sydney kicks ass, and the fight scenes are wicked. A new character, Anna Espinosa (Gina Torres), was recently introduced as Sydney's archenemy from another covert agency. While Espinosa is not as E-vil as BTVS's Faith (played deliciously by Eliza Dushku), the chemistry between Sydney and Anna is as charged as that of Buffy and Faith. Alias airs Sundays, 8pm, on ABC.

Enterprise: With the exception of the series' irritatingly sappy theme, "Faith of the Heart," sung by Russell Watson, this contribution to the Star Trek franchise may lure defectors back to the fold. (Check out www.ew.com/ew/report/0,6115,179633~3~~,00.html to find out about an online petition by Trekkies, urging show creators to ditch the song for a more traditional instrumental theme.) One hundred and fifty years prior to Captain Kirk's mission to boldly go where no man has gone before, this Enterprise crew is more prone to human foibles and is more fascinated by the wonders of space travel than crews past. In one recent episode, the crew landed on an uncharted planet and, after marveling at its likeness to Earth, they began taking snapshots. Do you think Captain Picard would pack a disposable camera? What I love: Scott Bakula as Captain Jonathan Archer. His appearance in those sexy man panties in the premiere episode was surpassed only by the soft-porn rubdown (aka, "decontamination") between Jolene Blalock as resident Vulcan T'Pol, and Connor Trinneer as chief engineer Trip Tucker. Lest you think I'm into Enterprise only for the sex, I like Captain Archer's dog, the spunky Porthos, too. Enterprise airs Wednesdays, 7pm, on UPN.

Scrubs: First-year medical interns making mistakes on their live patients doesn't sound like a premise for comedy, but in this case it is, and it mostly works. Zach Braff stars as alpha intern J.D. Dorian. What I love: John C. McGinley as the surly Dr. Cox. Scrubs airs Tuesdays, 8:30pm, on NBC.

Undeclared: I haven't seen much of this show past its premiere. I'm watching BTVS (UPN) and taping The Gilmore Girls (WB), which both appear during the same time period. What I love: some of the same spunk as Freaks and Geeks (it's from the same creator) without the frothiness of teen dramas like Felicity or Dawson's Creek. Undeclared airs Tuesdays, 7:30pm, on Fox.

After two unprecedented postponements following the attacks of 9/11 and the start of the bombing campaign on Afghanistan, Emmy Award organizers have settled on a November 4 air date. Comedian Ellen DeGeneres will still host the event, but several production elements are either dropped or still up in the air. Former CBS news anchor Walter Cronkite, scheduled to say a few wise words in light of world events, is not confirmed at press time, nor is the salute to New York City rescue workers. The Emmy Awards presentation will air live from the Shubert Theatre in Los Angeles, 7pm, on CBS.
More TV Eye columns