Snapshots From the Fest

The Austin Film Festival and Heart of film Screenwriters conference 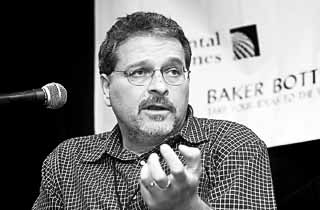 Sometimes it's difficult to pinpoint that pivotal experience, to nail down that precise moment when everything changes. For Lawrence Kasdan, it's easy: "When I was 14, I saw Lawrence of Arabia and decided I wanted to make movies."

A packed crowd at the Heart of Film Screenwriters Conference was treated to revelations of this sort from Kasdan, who received this year's Distinguished Screenwriting Award. (Previous honorees have included Buck Henry and Bill Wittliff.)

Kasdan started out in the Seventies as a screenwriter (he scripted The Empire Strikes Back and The Bodyguard), then moved on to directing his own material. He's had a long career of ups and downs, and a little industry sniping didn't go unappreciated by the audience ("Everything in Hollywood is: Are you making problems for them or are you solving problems for them?"). He's given up trying to understand public favor, musing that "the only people who liked I Love You to Death" -- his 1990 acerbic comedy starring Kevin Kline, Tracey Ullman, and River Phoenix -- "were the people who hated all my other movies."

It's an impressive triumvirate -- that of writer/director/producer -- that Kasdan has honed to distinction, but, as befitting a conference devoted to the art of screenwriting, his heart belongs squarely to said art: "You can fake acting, you can fake directing, but you can't fake screenwriting."

Husband-and-wife team Debra Winger and Arliss Howard were at the Austin Film Festival to promote their new movie Big Bad Love, which is scheduled to be released in February 2002. Howard directed and stars in the movie, which he also co-wrote with his brother James. Based on short stories by Mississippi writer Larry Brown, Big Bad Love is a story about a man who is trying to make a fiction of his past. Winger, who famously walked away from Hollywood in 1995, takes on her first acting role in years. She also stepped into the producer's chair for this film venture.

Winger: I was enabler. I just redefined producing as enabling. [To Howard] Did I get you what you wanted for the most part? 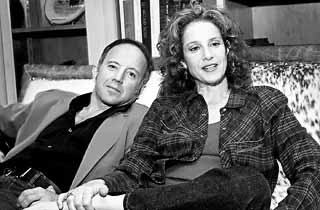 Howard: Yeah, I think that economy starts from the top down. You get a sense of how you're going to work, and how quickly you can work. My experience on movie sets has been that there are hours of time wasted getting to lunch, eating lunch, from lunch. And then there's the big chunk of time right afterward while people recover from lunch. We were pretty nimble.

Winger: Arliss was a big proponent of the walking lunch. Nobody liked the sound of that. He just never wanted to stop working ... which is very cool.

For the second year running, trade publication Variety used the Austin Film Festival as the platform to hand out its coveted "10 Screenwriters to Watch" award. The award is timed quite nicely for recipient and Southern Cal native Morgan Ward with the imminent release of Riding in Cars With Boys, which he scripted (based on Beverly Donofrio's memoir) and is directed by Penny Marshall.

Previously, Ward had written the screenplay for the little-seen A Pyromaniac's Love Story, which "ended up fading off into the ether," Ward now wryly puts it. Still, the script opened doors for him: Legendary producer Polly Platt took a liking to Ward and pushed him in the direction of James L. Brooks, whose company, Gracie Films, produced Riding in Cars.

Ward worked closely with Donofrio, a now-successful writer whose ambitions were stalled when she became pregnant as a teenager in the Sixties (she's played by Drew Barrymore in the film). As Ward got to know Donofrio and her son, Jason, he soon understood he wouldn't be able to follow the memoir exactingly.

"[In speaking with Jason] I started to realize there are two sides to what really happened. I [couldn't] do the hero's tale that's in the book," he explained.

Ward reports that the mother and son are pleased with his adaptation, though it was a rough journey for them. "Emotionally, it's a very difficult thing to see your life up on the screen." 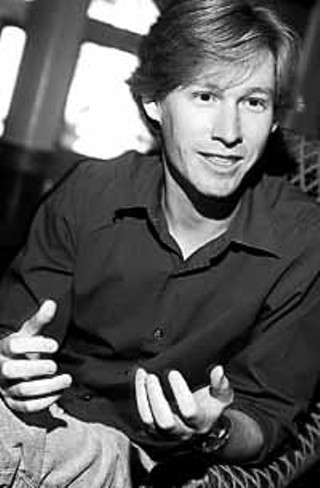 In addition to scripting the film, Ward also served as an executive producer. Sometimes the dual demands of screenwriting and producing conflicted with each other: the producer needing to cut scenes and streamline action in order to save money, the writer desperate to maintain his voice and vision.

"I remember when I was writing the script, if you tried to get me to cut a scene, I was crazy ... I was like, 'You are out of your mind! This is going to ruin the movie!' Then I'd put on the producer hat, and, I remember we were running behind by a day and we needed to find a scene to cut, and I was like" -- he gives a quick clap -- "'There! That one! Cut that scene!' There's this sort of struggle. In the end, every decision we made was the right decision ... but as you're doing it, there's the writer in you who's going, wait a minute! ... where you walked away feeling like you betrayed yourself a little bit."

Now that Riding in Cars' release is here (the film opens today in theatres), Ward is eager to hear the critical response.

"You've been [with the project] so long, you don't even see it anymore. I don't see the problems anymore, 'cause it's like looking at yourself in the mirror: 'Where am I ugly?'"

Comedy Category: Over and Out, Kevin Kerwin

Teleplay Competition/Drama: "Skin Deep" for Once and Again, Brenda McFarlane

Student Short: "The Edge of the Midway," written and directed by Susan Foreman