How to Succeed in Screenwriting 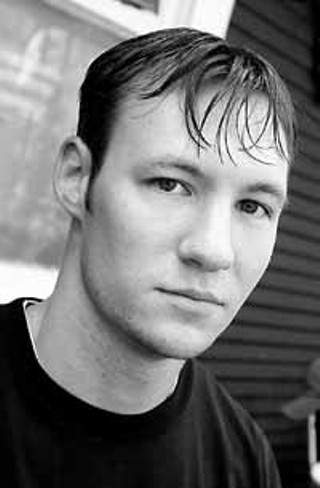 Austin writer/director Vance Kotrla is a finalist in the Heart of Film screenwriting competition. (Photo By John Anderson)

Before he even takes a seat, Vance Kotrla is selling himself. Quick and engaging, the 23-year-old local screenwriter and filmmaker hands over a fat stack of promotional materials: a résumé, a three-page breakdown of his one-man audio/video production company, Broken Image Entertainment (including a merchandise catalogue), a copy of his old band's CD, a dub of his award-winning short documentary, Dali's Hairs, and two screenplays -- one of which has earned him a slot as finalist in the Austin Heart of Film screenwriting competition. Kotrla has clearly schooled himself in the art of self-promotion.

And why not? You can hardly fault the guy for trying to get ahead, especially in a town where you can't spit without hitting another aspiring scriptwriter or DV auteur. Gone is the romantic but impractical notion of a pale and meatless screenwriter pounding away at his art -- penniless, of course, but what integrity, what vision. (For the record, Kotrla does some of his writing on a vintage Forties Remington typewriter.) He shrewdly recognizes the worth in working it, and he started early.

Kotrla formed Broken Image just out of high school in order to promote an album that his now-defunct death metal band, Black Spiral, had just released. "I got that CD out to every continent except Antarctica." It sounds like he's bragging -- well, he is -- but then, has anyone in Asia heard your album? Since then, Kotrla (under the auspices of Broken Image) has produced freelance video work for local clients like KVR-TV and self-published his novel Cheeseburgers Are Good.

He first studied screenwriting at the University of Texas, eventually graduating with dual majors in Radio/Television/Film and, not surprisingly, Public Relations. He sees some value to studying scriptwriting in school, but isn't sure if college offers enough practical advice for students' futures.

"I think the screen[writing] education process stops a little short, because they tell you how to structure a screenplay, but they don't tell you what to do with it when you're done. That was kind of rough. I finished a script, and then I was like, 'Well, now what?'"

Now you're a screenwriter?

"Yeah, me and another million people," Kotrla smiles.

Still, he's managed to distinguish himself from that other million. His script, Man Unkind, beat out 3,500 Heart of Film submissions to become one of three finalists for the Adult/Family category. (Scripts are grouped according to several subdivisions, including Comedy Screenplay, Dramatic Teleplay, and Sitcom Teleplay.) Kotrla describes Man Unkind as "about this guy who gets arrested for killing his father ... he's got from the time he gets sprung [from jail] at 10 o'clock in the morning until midnight that night to figure out if he's going to leave the country or set things right with what he has left of his family." It's a pretty succinct pitch, considering how impossibly painful it is to distill 100-plus pages of a screenplay down to a few (hopefully) winning sentences.

And what's winning to one scriptreader isn't always for the next. Previously, Kotrla entered Man Unkind in another competition -- a less-respected one, actually -- and it wasn't well-received.

"[On the evaluation sheet], I got straight mediocres ... scale of 10, straight sixes," he recalls. "That's why I was so excited [about advancing in the Heart of Film competition]. It was nice to get confirmation ... and I'm just really thankful for those two or four or however many people liked it and passed it on. Really thankful."