A lot of questions arose during the making of this film. Would it capture the morbidly keen concepts presented by Bret Easton Ellis' novel? Or, would audiences suffer through another watered-down serial killer movie? Luckily, Harron's adaptation of Ellis' story frequently hits the mark, thanks to her leading man. Bale plays Patrick Bateman, a Wall Street executive in the Eighties who spends much of his time securing dinner reservations, hanging at trendy bars, and alternating time between his girlfriend and mistress. When he's not involved in social activities, he works out diligently and indulges in the finest of cosmetic products. Oh yeah, he likes to kill folks, too. He can't help himself. Despite having a great job and awesome apartment, he loves to torture women and to mutilate anyone who annoys him. Blame this sadistic nature on a quest for an identity. After all, he looks and dresses like all of his friends, many of whom can't remember his name. He's a corporate carbon copy, but his sterile wit and nerdy grin make him a semi-sympathetic villain. The overall translation of Ellis' book is competent but tame in comparison to the original story's graphic violence. Bale does his best to keep the film completely afloat, but it's not enough to prevent it from losing a degree of energy. Despite sets and wardrobe that accentuate the book's soulless vibe, the actors seem to be portraying parodies. It's almost as if they're peripheral characters in a John Hughes movie. Minus these subtle errors, American Psycho is watchable and at times, admirable. Considering Hollywood's penchant for bad serial killer dramas (The Cell, Along Came a Spider), this effort is a numbing but welcome change of pace.

Cry-Baby
Cry-Baby is definitely one of the better Fifties flashbacks, thanks to Waters' flair for visuals and a vivid memory of the Eisenhower era. 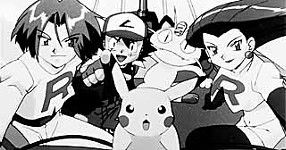