Spike Lee imbues School Daze with as much race and identity politics as is possible without losing his focus in a film that should be rightfully viewed as a musical. 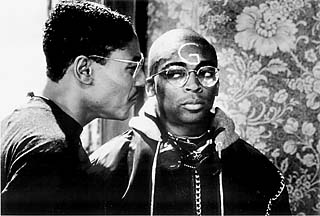 A thought-provoking sophomore effort from Lee, School Daze blazed trails where even contemporary racial pictures fear to tread. Showcasing student life at the all-black (and fictitious) Mission University, the film focuses on the antics of Dap (Fishburne). A quasi-militant student organizer, he butts heads with the school's genteel establishment, embodied by both the dean of the university and the president of Gamma Phi Gamma. Lee imbues School Daze with as much race and identity politics as is possible without losing his focus in a film that should be rightfully viewed as a musical. The watershed cast of up-and-comers confront one another along color lines, pitting the assimilationist White Wannabees against the natural style of the darker, nationalist Jigaboos. Lines are drawn in a Spandex-clad, Thirties-style musical number where the Gamma Rays sorority sisters, presided over by Jane Toussaint (Campbell), battle it out against their Nubian-sister counterparts. It is a good-hair versus bad-hair dance piece played out on a cheesy hair salon set. Later, the men fight in a similar way, Dap's group stepdancing against the Gamma men during a school rally, which escalates into a full group brawl. Lee seasons the plot throughout, bringing up the gray points that reveal such polarized racial posturing to be ultimately divisive among the very groups such politicking supposedly seeks to unite. After the big E.U. musical number, "Da Butt," the film switches gears to follow the de-virginization of the eager-to-please Half-Pint, a Gamma pledge who is also Dap's cousin (played by Spike Lee); Jane is coerced to give it up to Half-Pint as proof of her love for the Gammas. Her actions become an act of self-betrayal, providing an excuse for her jerk boyfriend, Gamma President Julian "Big Brother Almighty" Eaves (Esposito), to cut her loose. "You didn't do it for me," he says cruelly. "You did it because you love Gamma, you love what Gamma stands for." No wonder this film wasn't well-received by feminist critics. The trudging film ends on a Spike Lee high note, orchestrated to a surreal conclusion that hints of what fantastic stylistic scenarios Lee would dream up for 1996's Girl 6. 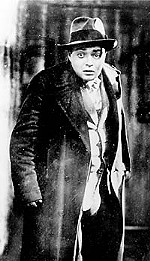 M
Fritz Lang's 1931 film M is remarkable for its modern editing and storytelling as well as for Lorre's bug-eyed performance as a serial killer preying on children. Foxy Brown
Pam Grier stars in Foxy Brown, the film that would end up cementing Grier's image as the female icon of the Blaxploitation movement.