Your month-to-month guide to summer film 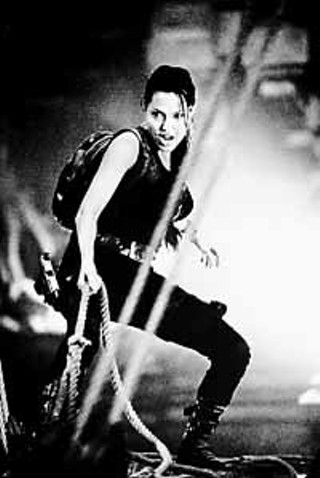 The King Is Alive: This Dogme film strands tourists in the African desert, where they re-enact King Lear while trying to stay alive. With Jennifer Jason Leigh. Moulin Rouge: Nicole Kidman and Ewan McGregor belt out pop songs from the Police, U2, and Elton John (to name a few) in this turn-of-the-21st-century take on the infamous 19th-century Parisian nightclub. The always audacious Baz Luhrmann (William Shakespeare's Romeo + Juliet) directs.

What's the Worst That Could Happen?: Martin Lawrence and John Leguizamo are bungling burglars who set their sights on the mystical ring of a billionaire (Danny DeVito).

Evolution: David Duchovny stars as a community college teacher who discovers a meteor that evolves into -- get this -- aliens. Ivan Reitman (Ghostbusters) directs the sci-fi spoof.

Atlantis: The Lost Empire: Disney animated film (minus the singing and dancing) about the underwater colony of Atlantis. 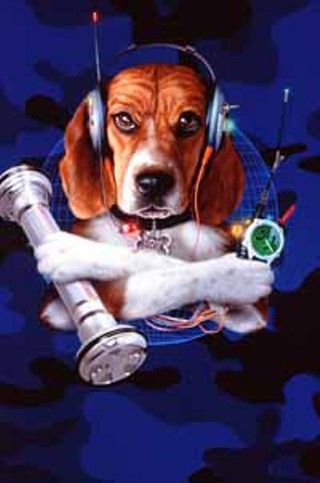 Tomb Raider: Angelina Jolie is Lara Croft in the exhaustively hyped celluloid treatment of the popular video game. Should appeal to those who like a side order of breasts with their carnage.

Dr. Dolittle 2: Eddie Murphy's back, and so are those cute talking animals.

The Fast and the Furious: Drag racing and street fighting collide in this hot-rodding tale of star-crossed lovers from opposing gangs.

The Closet: Hugely popular French comedy starring Daniel Auteuil as a straight man who plays gay in order to avoid losing his job. With Gerard Depardieu. Cats and Dogs: Talking, kung fu fighting cats and dogs bent on world (or at least domestic pet) domination in this live-action comedy.

Kiss of the Dragon: Luc Besson produced and co-wrote this Jet Li action/thriller. With Bridget Fonda.

Lost and Delirious: File this one under Sexually-Confused-Girls-in-Catholic-School-Garb. Piper Perabo (Coyote Ugly) stars as a prep-school girl coming of age.

The Vertical Ray of the Sun: Vietnamese film about four adults trying to come to terms with their deceased parents' complicated past.

Final Fantasy: In a not-too-distant future, completely computer-generated actors try to replace the need for human ones. Wait, that already happened. Based on the popular video game, Final Fantasy features the voice talent of Ming-Na, Ving Rhames, and Steve Buscemi.

Legally Blonde: Reese Witherspoon needs no peroxide in this romantic comedy about a scorned girlfriend who enrolls at Harvard to get closer to her ex and ends up investigating a murder.

Jurassic Park III: This third prehistoric-beasts-gone-bad effort hopes to reinvent the dinosaur, and without the direction of Steven Spielberg. (The Rocketeer's Joe Johnston directs.)

The Princess and the Warrior: German director Tom Twyker recasts his Run Lola Run star Franke Potente as a nurse who survives an accident.

Sidewalks of New York: Writer/director Ed Burns (The Brothers McMullen) goes back to the Big Apple with Heather Graham and Stanley Tucci.

Baise-Moi: French officials were up in arms over Baise-Moi (which has been alternately translated as Fuck Me, Screw Me, or Rape Me -- but you get the point). The film shows the same kind of graphic sex and violence we've seen for years in film ... only this time it's perpetrated by women.

The Princess Diaries: A 16-year-old discovers she's actually the princess of an obscure European province. Julie Andrews provides the (silver) spoonful of sugar as as the Queen Mother.

American Pie 2: The entire cast returns for a second helping of flatulence and fornication, helmed by the original's first assistant director James Rogers (Say It Isn't So).

The Curse of the Jade Scorpion: Sounds like Small Time Crooks in Fedoras. Helen Hunt and Dan Aykroyd star in Woody Allen's latest, about a jewel heist in the Forties.

Apocalypse Now Redux: Now there's even more napalm to smell with an additional 50 minutes of footage in the re-release of Francis Ford Coppola's 1979 Vietnam stunner.

Captain Corelli's Mandolin: John Madden's follow-up to Shakespeare in Love, based on Louis de Bernières' novel. Nicolas Cage plays an Italian army officer stationed on a Greek island in WWII; Penélope Cruz is the local who catches his eye.

John Carpenter's Ghosts of Mars: The granddaddy of horror aims for the stars in this interplanetary ghost story starring Ice Cube and Natasha Henstridge.

Jay and Silent Bob Strike Back: Kevin Smith gives center stage to the lovably misogynistic halfwit Jay and his Zen-like counterpart. It is the rumored conclusion to Smith's Jersey quadrilogy (which also includes Clerks, Mallrats, and Chasing Amy).

O: Shakespeare in gym shorts. Columbine comparisons have put this high school basketball take on Othello on the shelf for over a year. Tim Blake Nelson (who played Delmar in O Brother, Where Art Thou?) directs Julia Stiles and Mekhi Phifer as the doomed couple and Josh Hartnett as the back-stabbing friend.

Summer Catch: Freddie Prinze Jr. and baseball. Do you think he'll get the girl?

Whenever possible, movies are classified according to their Austin opening. All dates are subject to change.