The Texas Film Hall of Fame and Its Inductees

Tweet
print
write a letter
"Texas has contributed an enormous amount to the film industry over the years, not just in talent but in great stories and breathtaking locations. It's high time that the state's pioneers and visionaries and risk-takers get their due."

With that statement of purpose, Austin Film Society board member and editor of Texas Monthly Evan Smith voices a long-held sentiment among film fans: Texas' prestigious place in the cinema is worthy of honor. Thus, the Texas Film Hall of Fame, holding its first presentation in honor of those who have made their mark on the Lone Star state's cinematic history.

The idea for the Texas Film Hall of Fame was formed "over a bowl of chips at Las Manitas," says Smith with a chuckle. "A few of us with more than a passing interest in the film business were talking about ways to recognize Texas film and filmmaking. Like Texas music, there is a distinct entity called 'Texas film,' whereas there's not such a thing with 'Vermont film' or 'Iowa film.' It's about the individuals, the community, and style in filmmaking. We thought, 'Why not just decide to recognize these folks who have done such great work?'

"It's not just about recognizing the individual achievements of Robert Benton, it's about recognizing the inspiration Robert Benton is for others. Benton, for example, serves as role model to a whole generation of filmmakers, who will then serve as role models for other generations. The Hall of Fame is about reaching the hand out and picking up the next group of folks. That's what each of these people did in their field as well as helping to promote the best work the state put out."

Recognizing achievement in cinema is hardly new; the notion of acknowledging film work beyond the screen is. Hence the Warren Skaaren Lifetime Achievement Award. Smith is excited about the conception of this honor.

"If there's anyone in the last 30 years in Texas film who has contributed on every level, not just from making Texas film but facilitation and promotion, it's Warren Skaaren. He was the guiding spirit of the Film Commission and really embodies the qualities that everyone in Texas film should have. He was as practical about film as he was a visionary about the art of film. He loved Texas and supported it as a center for filmmaking. He had a tremendous effect, and as it's the 30th anniversary of the Texas Film Commission's founding, it seemed an appropriate time to recognize the contributions Skaaren made by naming a lifetime achievement award for him."

AFS board member and editor of The Austin Chronicle Louis Black agrees. "Warren Skaaren was a remarkable man and an impressive talent. After he sent Gov. Preston Smith a seven-page letter detailing why Texas needed a film commission, Smith not only created the commission but put Warren in charge. Among his many claims to fame was that he came up with the title Texas Chainsaw Massacre. He became a successful Hollywood scriptwriter, working on only five produced films, which included Beverly Hills Cop II, Top Gun, Beetlejuice, and Batman (he worked on Days of Thunder but left that project). Yet, he lived in Austin the whole time, biking the hills of West Lake he loved so much. The high points of his career don't begin to get at what an extraordinary man Warren Skaaren was. A Texas film lifetime achievement award could not be better named, and there could be no better first recipient than his friend and agent Mike Simpson."

The annual presentation of an honor like the Skaaren Award is something of a balancing act, according to Evan Smith. "One problem is that these events can turn into a festival of self-congratulations: Rip presents to Sissy one year, and Sissy presents to Rip the next. At a certain point, there's an endless loop, a daisy chain you want to avoid. But the number of people to be recognized is infinite, and the Skaaren Award will bring to light those who would otherwise not be recognized."

Spotlighting the work of those in the Texas film industry is one of the goals of co-sponsors the Austin Film Society, which actively encourages young filmmakers as well as film appreciation in the community. Its efforts support the local film industry through training, jobs, and an internship program. The AFS works to attract film production to the Austin area and offers various film programs for its 1,200-member organization as well as director appearances and other special festivals.

The Texas Film Hall of Fame will be held at the Film Society's Austin Studios, a 20-acre film production facility located at the old Robert Mueller Airport on 51st Street. Rebecca Campbell, executive director of the Austin Film Society, calls the evening "doubly historic" and notes it will be the first time the public views the grounds and building.

No Austin celebration would be complete without music, and what better way to pay tribute to Oscar and Emmy winners than with Grammy winners Ray Benson and Asleep at the Wheel? The Western swing band is expected to draw special musical guests, but it's quite possible they could make use of three of the honorees who can also belt with the best of them -- Liz Smith, Rip Torn, and Sissy Spacek. After all, Sissy wasn't lip-synching in Coal Miner's Daughter! 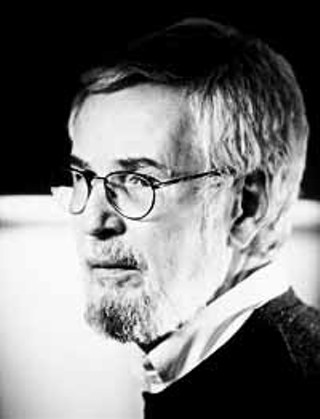 Waxahachie native Robert Benton wrote Bonnie and Clyde and went on to direct Kramer vs. Kramer and Places in the Heart.

As he enters his fourth decade as a director, rare quality and critical praise mark Robert Benton's body of work. Benton first came to attention as the screenwriter of Bonnie and Clyde (1967), What's Up, Doc? (1972) (with co-writer David Newman), and Superman (1978). But it wasn't until he wrote and directed Kramer vs. Kramer in 1979 that he hit that long Texan stride: The film won five Academy Awards, including Best Director. The Waxahachie native has elicited award-winning performances from actors such as Sally Field (Places in the Heart), Meryl Streep (Kramer vs. Kramer), and Paul Newman (Nobody's Fool). Robert Benton, who won a Best Original Screenplay Oscar for Places in the Heart, most recently wrote and directed Twilight in 1998, starring Newman, Susan Sarandon, and Gene Hackman.

Robert Benton will be inducted by Anne Rapp. Rapp began her film career as a script supervisor, working on Benton's Places in the Heart and Nadine, and wrote Robert Altman's last two films, Dr. T and the Women and Cookie's Fortune. 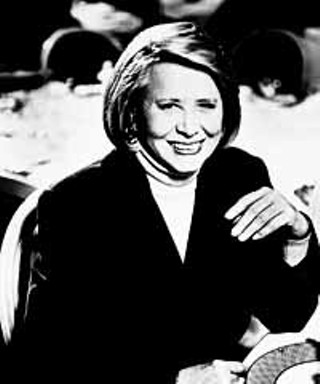 Columnist Liz Smith's love of movies dates back to her childhood in Fort Worth, Texas.

Through sheer determination, Liz Smith has risen to the top of her field and is read six times a week in her New York Newsday column. Smith has been called "the world's most famous gossip columnist," though she prefers to be seen as "a chronicler of the ways and means and social mores of the celebrities of our times." Smith is also an unabashed film fan, her love of movies dating back to her childhood in Fort Worth. In addition to her reputation for writing that is both factual and entertaining, Liz Smith recently penned her dishy but straightforward autobiography Natural Blonde. Throughout her career, Smith has never forgotten her Texas roots, always supporting each new generation of its ever-growing film community. 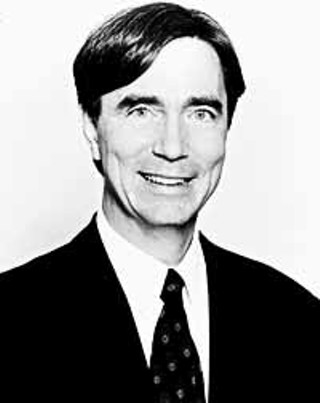 While actors, directors, and writers are honored often, the Texas Film Hall of Fame is recognizing the achievement of "superagent" Mike Simpson, executive vice-president of the William Morris Agency in Los Angeles. Simpson's clients include Tim Burton, John Woo, Martin Short, Trey Parker and Matt Stone, Quentin Tarantino, and Chow Yun-Fat. Simpson will be honored with the Warren Skaaren Lifetime Achievement Award, named for the founder of the Texas Film Commission. Simpson received his MA from the University of Texas in 1978, where his thesis film won a Student Academy Award. 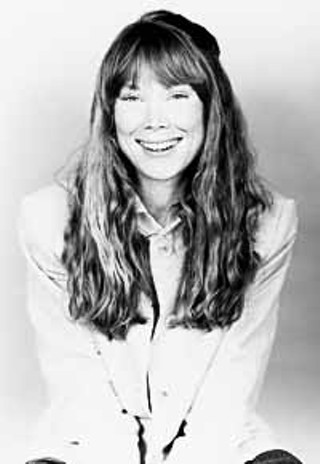 Spacek, a native of Quitman, Texas, will be inducted by her cousin, Rip Torn.

Since her first feature role in Terrence Malick's Badlands in 1973, Sissy Spacek has distinguished herself playing strong and memorable women on the big screen. She won an Academy Award in 1980 for her role as Loretta Lynn in Coal Miner's Daughter and just last month received excellent notices at the Sundance Film Festival for In the Bedroom. Other notable roles include Marie, Missing, The River, JFK, Raggedy Man, and The Straight Story. Born in the Northeast Texas town of Quitman, Spacek makes her home on a horse ranch in Virginia with her husband, director/art director Jack Fisk (Raggedy Man, Violets Are Blue) and their two daughters, Schuyler and Madison. [See "The Luckiest Girl in the World," p.58.]

Rip Torn will induct Sissy Spacek. The Emmy-winning Texas actor (The Larry Sanders Show) starred in films such as Payday, Tropic of Cancer, Heartland, Songwriter, and was nominated for an Oscar for Cross Creek. [See "Rip Torn: All in the Family," p.60.] 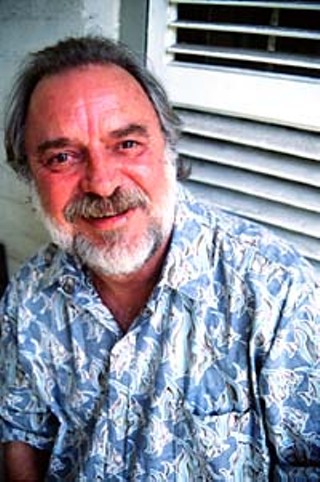 With a facility for words as broad as the Southwest horizon, Bill Wittliff has brought a rawhide grace to the screen through thoughtful and telling portraits of Texas past and present. His screenwriting credits include The Black Stallion, Raggedy Man starring Sissy Spacek, the TV miniseries Lonesome Dove starring Robert Duvall, Legends of the Fall, and three films starring Willie Nelson: Honeysuckle Rose, Barbarosa, and Red-Headed Stranger. Wittliff, who makes his home in Austin, most recently penned the screenplay for the The Perfect Storm, starring George Clooney.