Part of Our Day

Local Personalities From the Golden Age of Television 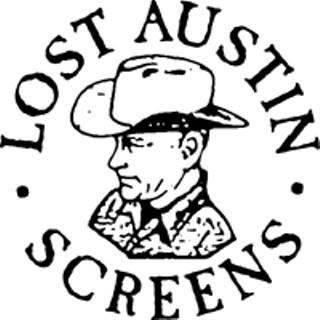 When discussing the Golden Age of Television, we usually speak in terms of the national networks -- NBC, CBS, ABC, DuMont (which never became a network in the true sense), and sometimes even the short-lived Overmyer Network (ON). Gems of the Golden Age -- Omnibus, Kraft Television Theatre, and Playhouse 90 -- are always cited, and rightly so. But there's another chapter to television's Golden Age: the story of all those adventurous (and maybe a little bit crazy) pioneers working at the local level. As network affiliates were added across the nation, stories of the Golden Age pioneers played out again and again in numerous markets. Austin was no exception. Television viewers of baby-boomer age and older, no matter from where they hail, probably have some memory of a locally produced television program that fit into their day. Today, it's considerably cheaper for network affiliates to carry network feeds of The Regis Philbin Show, The View, or Martha Stewart Living than to produce their own similar programs. However, in the early days, local stations explored the new medium as actively as the big networks, and there was room -- in fact, a need -- for local programming.

Jay Hodgson was one of the early pioneers in Austin television. In 1952, he was host and producer of an afternoon program called Mother's Delight on KTBC. Mother's Delight started as a way to fill gaps between cartoons provided by the networks. The format was simple: one man in a suit and tie, one camera, all presented live. As was common in those days, Hodgson even presented the show's commercials, which meant he held up the product, said a few nice things about it, then returned to the regular pace of the show.

"Back then, [TV] was new and fresh. Nobody knew anything about it," the 72-year-old Hodgson says in a telephone interview from his home in Cedar Park. Occasionally, Hodgson would conduct interviews. Elvis Presley, Randolph Scott, John Wayne, Clayton Moore (aka The Lone Ranger), Chill Wills, James Arness, and Amanda Blake (of Gunsmoke) were among Hodgson's many guests. One day, on his way to work, a mother stopped him and asked if he'd wish her daughter a happy birthday on the air. Hodgson obliged and soon, other requests flooded in. This prompted a new feature called "The Birthday Book," and the popularity of that feature became the cornerstone for a full-blown children's show called The Uncle Jay Show. What started as one man on camera soon turned into a live event with puppets and the occasional circus animal. Hodgson changed from the formal suit and tie to jeans and a shirt once a guest baboon, swinging from a bar above his head, relieved himself on Hodgson's suit.

"We worked with no script, no nothing. We'd holler up at the puppets and they'd come down, and when we were finished, they'd go back up."

Jack Wallace, a friend and local radio announcer, walked into the studio one day and was made into a character called Packer Jack -- a gruff, sometimes ill-mannered, but good-hearted cuss Uncle Jay had to reign in from time to time. The puppet characters included Theothelifis P. Duck, run by Cactus Pryor; Zarkie, described as a space puppet, run by Wally Pryor; Silas P. Goat run by Jimmy Morris, and Burro T. Jones, run by program director and then-Mayor Pro-tem Dan Love.

Taped with an audience of children, the show was hugely popular, but over time became cost-prohibitive. The final blow came when the FCC ruled that hosts of children's shows could not do commercials during their programs.

"That killed every kid's show in the country," Hodgson says. "And to [the FCC's] credit, it made sense. We had a lot of influence over kids. Still, I think it's a shame we don't have live children's shows today."

Hodgson, enjoying his retirement, remembers those years with fondness. "There's nothing more entertaining than an eight-year-old kid just enjoying themselves. At that age, they're honest. They haven't learned phobias or fears and give an honest reaction. I remember we'd fill the screen with an eight-year-old just grinning it up," he says. The Uncle Jay Show aired until 1977.

The Joyce and Mel Show

Like many pioneers in the early days of television, Mel Pennington started in radio. A native of Hot Springs, Arkansas, Pennington came to Austin in 1952 at age 18 as a member of the Air Force. While enlisted, he worked in Armed Forces radio and at the end of his stint, dabbled in television. His formal education in the then-burgeoning media was of the roll-up-your-sleeves-and-dig-in variety.

"Our approach was, 'Let's try this. That didn't work? Let's try that!' We didn't worry about ratings in those days," Pennington, now in his late 60s, says from his home in Austin. He began his long career in 1965 at channel 42 (KHFI at the time) and later moved to KTVV channel 36. While at KTVV (which became KXAN), a private company called Linn TV bought the station in the late 1970s. As part of the purchase deal, the company promised the FCC that KTVV would offer a public affairs program. From this promise, The Joyce and Mel Show was born, and became one of the most colorful and daring programs on local television at the time. It aired live -- including live calls from viewers -- Monday through Friday.

The show paired the gentlemanly Pennington with Joyce Isaacs (who has since moved to Jackson, Mississippi, according to Pennington), a brassy Southern gal with radio experience and a natural rapport with Pennington. I asked Pennington whose idea it was to pair the two.

"It was God's idea!" he jokes. "It was an interesting concept, my experience and polish, paired with Joyce, who never lost her accent."

According to press clips published in 1982, Pennington and Isaacs were quite the pair. An UTmost Magazine article writes that Pennington was "as dapper and composed as Ward Cleaver. His three-piece suit ... almost as flawless as his Permapress hair." Isaacs is described as "a hand-flinging chatterbox with a formidable twang ... her hair ... an indecisive tint, as if deliberating between metallic red and off-platinum."

Pennington and Isaacs' contrasting images were only part of their appeal. Their face-first approach to the issues of the day was another.

"We took on a lot of causes and people," says Pennington. "One time we had on a county commissioner, who we found out was doing illegal things. When I asked him about it on the air, he basically said, in so many words, that it wasn't any of my business. To this day, he won't talk to me."

The show sometimes helped cut through bureaucratic red tape. "We asked, 'Why does the city have to have a six-week study to decide whether to have a traffic light on Congress Avenue, where a child was killed, and a crossing guard was brushed with a car?' Within the week of bringing that up on our show, that corner got a traffic light," Pennington remembers.

Though Joyce and Mel aired opposite two popular soap operas -- As the World Turns and All My Children -- the show managed to pull in its own loyal viewers.

"It gives the public a chance to sound off," Pennington said in a 1982 Third Coast Magazine article. The pair was known for some sounding off on their own. The death penalty, reproductive rights, stiff punishment for drunk drivers, and the treatment of Vietnam veterans were candidly discussed on their show. Their views earned them fans and foes. But the end of the show didn't come from viewer complaints or apathy; it came from NBC, of which KTVV had become affiliate of in 1968.

"They didn't like that we weren't carrying Days of Our Lives," Pennington says. "We were the only affiliate that delayed it for a local program. The company got a lot of pressure." Because of that, The Joyce and Mel Show signed off in 1983.

"It was an experience I'll treasure the rest of my life," Pennington says of his career in television. "It's so structured now. The kids coming in today don't have the same experience of flying by the seat of your pants."

Other Shows of Note

When Jean Boone left KTBC's noontime show in 1968, Carolyn Jackson was one of 50 women to have an on-air audition for the open slot, according to a 1977 article published in the Austin Citizen Newspaper. This began the career of one of the most visible women in Austin television. Jackson's half-hour show, originally titled Women's World and later renamed The Carolyn Jackson Show, aired weekdays at noon. The show opened with news and public service announcements followed by everything from interviews with writers, Texas mayors, polka dancers, and numerologists to segments on diet and exercise. A favorite guest was the late Edmunds Travis, an Austin historian. After nine years at KTBC-TV, Jackson moved her show to KTVV (Donna Axum and Cactus Pryor took over). Jackson has since retired and reportedly lives in her native town of Taylor.

Most viewers expect the polish of nationally produced programs and grimace when they see less than high-gloss programming, say, on access television. Still, there's something to be said for the immediacy of live television with a local flavor, of knowing the host of a locally produced show could shop where you shop, send their kids to the same public schools you send your kids to, and have the same interest in local issues that you do. You can't say that for Regis or those women on The View.

Though several Austinites have made it to contestants' row on Who Wants to Be a Millionaire, one Austinite recently made it into the hot seat. Ed Toutant, whose experience on contestants' row was reported on these pages last year, not only makes it to the revered hot seat but also appears in more than one episode. I can't reveal much, but Ed was good enough to report that he appears at the end of the show that airs this Sunday on ABC and returns to the game on the next episode, which airs Wednesday. Yes, his first appearance is during the Super Bowl, but at least it's not competing with the premiere of Survivor II: The Australian Outback, airing on CBS after the Super Bowl.E-mail Belinda Acosta at tveye@auschron.com