A Walk on the Dark Side 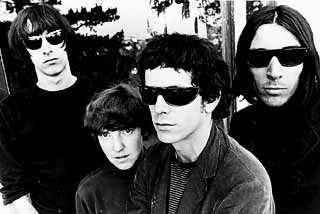 "American Masters" producer Karen Bernstein thinks the sweetest moment in the adventure that was the making of Lou Reed: Rock & Roll Heart (1996) was not when the film unexpectedly snagged a Grammy for Best Long Form Video. It was when she and director Timothy Greenfield-Sanders called Lou Reed from backstage with the news, and he -- the leather and dark-shaded über-outsider, the bard of the seamy New York wild side who, for three decades, had been throwing lyrical rocks and rhythms at the establishment -- broke down when told that the enemy had just tossed him this big bouquet.

"It was like he'd won the Grammy, not the film," recalls Bernstein. All of which, she says, simply confirms her theory that, in the end, rebels really do want to be accepted by the mainstream for what they do.

For a rebel, having your story chronicled on PBS' "American Masters" series must make winning a Grammy feel like an air kiss. For 15 years, the series has been going down the list and profiling the Life magazine 100 Most Important People of the 20th Century -- the iconic likes of Tennessee Williams, William Styron, Ella Fitzgerald. Reed does not appear on that list.

"Rock & roll as a genre is not quite old enough to really look at and say this person is a master over that one. It's just starting to be possible to be able to do that with any critical distance," explains Bernstein, adding that the series' executive producer, Susan Lacy, thought Bob Dylan would have been a real coup for the series but he'd turned her down dozens of times. When Greenfield-Sanders, the acclaimed fashion and celebrity portrait photographer and friend of Reed's, approached Lacy with the Reed proposal, there was a clicking of the minds: Following the trajectory of Reed's career over three decades would offer the perfect prism for looking at each of these time periods.

So director Greenfield-Sanders and producer Bernstein sat down to see what they had. It turned out that through a confluence of good luck and timing, they were able to tap into the Warhol Foundation's collection of archival films and photographs documenting the Warhol Factory years, when Reed's Velvet Underground was the "house band." A lot of the footage was shot by Warhol himself. Alas, initial ecstasy turned to shock as they previewed the films. "All we wanted was one clear shot of the Velvet Underground, but what there was was this pulsating camera, lots of zooms and shaking camera moves. Warhol, after all, was not into using film as a narrative but more as a palette for all the things he was experimenting with at the time; he certainly didn't care if the camera was moving," Bernstein recalls. 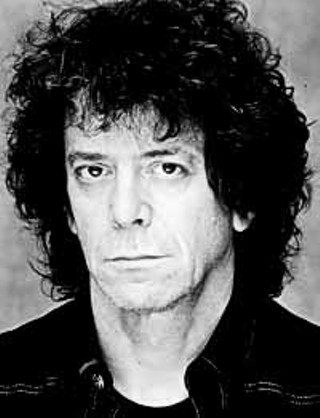 Then there was the matter of Greenfield-Sanders being not a filmmaker but a still photographer and his plan to shoot the live Reed-on-tour footage with a donated Cannon video camera. The wait-and-see prospect of sending "a non-filmmaker out into the field for days on end with essentially a home video camera" combined with the definitely-not-ready-for-PBS quality of the archival stuff was a bit unsettling for the producer. But then it all came together.

"What happened -- and this was a first for me in my career -- was that the edginess of the biography itself forgave the technical faux pas that we had to work with," explains Bernstein. "Timothy decided to replicate -- with the footage he would shoot -- the style of the archival stuff. In the end, we were able to marry the styles in a way that I think really resonated with the average audience member."

A prime example of this clever blending of the past and present is the use of the Warhol "screen tests" contained in Warhol's archives. Greenfield-Sanders mimicked the short sit-in-front-of-the-camera "screen tests" that Warhol shot of those who came to the Factory by shooting new ones of those who appear as talking heads in the film. He introduces each interview by dissolving the old screen test into the new one; voilô, the person ages Dorian Gray-like before us on the screen.

Rock & Roll Heart takes us on a breathless, soundtrack-shaped romp through the juggernaut of Reed's career so far; at 58, he's still going strong, still evolving. But it all started with a single guitar lesson with one of those ubiquitous Mel-Bay music-book-waving guitar teachers that live in the back of music stores. The middle-class kid from Long Island insisted that all he wanted to learn was how to play the first three chords of a certain song -- nothing else. After some resistance, the teacher yielded and diagrammed the requested chords on paper for the petulant student. The first -- and last -- guitar lesson.

On to the wellspring-filling college years at Syracuse University, studying with writer Delmore Schwartz and the tremendous influence the latter had on Reed's songwriting. The Warhol Factory years in the Sixties; the bottle-blond, glam rock period ô la David Bowie in the Seventies, and on through the envelope-pushing collaborations of the Eighties and Nineties, including those with partner Laurie Anderson and playwright-director Robert Wilson. Reed's influence is legendarily wide-ranging, as attested to by devotees Patti Smith, Bowie, Suzanne Vega, David Byrne, Philip Glass, and even Vaclav Havel, who credits the Velvet Underground with inspiring the recent Eastern European upheavals.

All Reed asked upfront was that the film not "dwell" on his legendary past drug abuse or his relationship with Anderson. But what about the other edgy stuff, like his well-known relationship with a transvestite or the electroshock treatment he was treated to as a kid, to name a couple? While some will find -- and have found -- the film to be too clean-cut given the star of the show, Bernstein says the series makes a point of looking at the lives being profiled through the prism of the work: "There are a number of songs which talk about Rachel [the transvestite], so we chose to look at the work and not make a big deal out of the transvestite that he was involved with. If you always look through the prism of the work, it gives you a lot of license to talk about their lives."

Even before the film ran on PBS, it was accepted at Sundance. And Reed and Anderson came to that first screening. It was the first time Reed had seen the completed film and -- despite what Bernstein describes as the classic "first screening nightmare" in which the soundtrack was completely screwed up -- they loved it. Since then, the film has made the film festival circuit and tapes are still in demand.

Most significantly, even by Reed himself.

Lou Reed: Rock & Roll Heart will be presented as part of the Texas Documentary Tour on Wednesday, Jan. 17, 7:30pm, at the Alamo Drafthouse, 409 Colorado. Co-producer Karen Bernstein will conduct a Q&A session after the screening. Advance tickets are available for Austin Film Society members only by calling 322-0145. Tickets will go on sale at 6:15pm on the day of the show. Admission prices are $6 per show for the general public; $4 for Austin Film Society and KLRU members and students. The Texas Documentary Tour is a co-presentation of the Austin Film Society, the University of Texas RTF Dept., The Austin Chronicle, KLRU-TV, and SXSW Film.