She's Gotta Have It, Pi 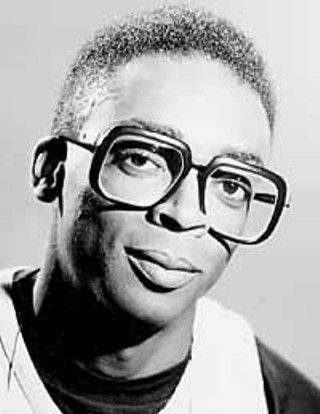 With his latest film Bamboozled opening this Friday in Austin, Spike Lee celebrates almost 15 years in Hollywood and just as many feature films. As one of the key figures of the Eighties independent film scene, Lee opened the door for indie filmmakers of today like Darren Aronofsky, born and raised in Brooklyn, whose second film, the startling Requiem for a Dream, also opens this week. (Meanwhile, their Brooklyn brother Adam Sandler makes another installment in his baffling comedy franchise with Little Nicky, opening this Friday too). Like most interesting people, Lee and Aronofsky elicit both gush and groans -- some demanding they are virtuosos, some insisting that they are overblown and full of it. In the end, they both seem more interested in being admired than being liked. Considering the filmmakers came from essentially the same place and made essentially the same splash, I took another look at their first films, the ones that drummed up all the positive buzz in the first place.

SHE'S GOTTA HAVE IT

D: Spike Lee (1986); with Tracy Camilla Johns, Tommy Redmond Hicks, John Canada Terrell, Lee, Raye Dowell, Joie Lee. Spike Lee's first film has none of the politics we've come to associate with the writer-director of Malcolm X and Do the Right Thing, two of the most ambitious meditations on race relations in American cinema. Filmed in black-and-white, She's Gotta Have It at first appears to be a suprisingly conventional romantic comedy. Camilla Johns plays Nola Darling, a successful artist pursued by three men (and one woman) but satisfied by none of them. Characters address the camera directly, sharing insight about their failed romances, competing affections, or the generally complicated nature of love and human relations. But the film proves slyly subversive, with Lee inserting delightfully skewed comic touches (including more than a few shout-outs to his famous obsession, the New York Knicks) and he even breaks with the narrative entirely for a charming musical sequence in color. The acting is almost uniformly dreadful -- including Lee, who appears as shrimpy suitor Mars Overstreet (a character Lee later pimped out to Nike for their shoe ads). Lee is a limited actor, the way Jerry Seinfeld is a "limited" actor, but I still enjoy watching him, maybe because he gives himself such goofy and self-deprecating roles, branded with names like Snuffy (Crooklyn) and Shorty (Malcolm X) and Mookie (Do the Right Thing) and Half-Pint (School Daze). As the Nineties wore on, Lee's detractors grew louder and bolder; many felt he became too didactic, too heavy-handed with his political messages. Even Bamboozled is receiving notices that alternate between near-brilliance and soggy morality play. But She's Gotta Have It is a more humble affair, a portrait of singles in New York City that is far removed from the Manhattan neurotics of Woody Allen's world. Lee pays careful attention to every detail -- the opening credits, the title cards, the jazz music. And while Lee is still learning how to work with actors, he proves an expert hand at filming sex scenes, taking a soft and sensual approach that's not the least bit cloying. To watch She's Gotta Have It is to watch a filmmaker genuinely jazzed by the form.

D: Darren Aronofsky (1998); with Sean Gullette, Mark Margolis, Ben Shenkman, Pamela Hart, Stephen Pearlman. Max Cohen is searching for the patterns of the universe. Alone in his cluttered apartment, he taps away at his homemade computer and scours the stock market, the infinite value for Pi, and even the Torah, looking for a string of numbers that could unlock the secrets of the universe.

Aronofsky's brainy debut, which won an award for Best Direction at Sundance in 1998, is a moody, exhilarating piece, peppered with a few unforgettable images. It's no surprise the young filmmaker nabbed a job as the director of the next Batman film based on this film; Pi boasts the kind of singular look and energy that could infuse that floundering franchise with much-needed creativity. And there's so much razzle-dazzle in the camerawork that I hardly ever stop to wonder if it's all as smart as it seems.

I always feel a little resentful watching movies about mathematical geniuses, though. All the fancy math and physics sounds like so much wah-wah-wah and makes me preoccupied about my own educational deficiencies. ("Mathematics is the language of nature. Everything around us can be understood by numbers." It can?! No one tells me anything around here!) I find Pi to be a pretty thrilling film, albeit one I always fall asleep to while watching (which leads me to agree with my colleague, Marjorie Baumgarten, who asserts that the movie would make a much better short film). Aronofsky displays a fierce and uncompromising vision, filtering everything through Max's distorted lens. And though the film goes on too long, there's hardly a false step. Well, there is one. In a scene between Max and his crusty old mentor, there is the following exchange:

I like that scene. It makes me feel a little bit better about having to look up the definition of Pi.