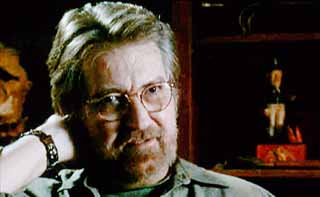 Austin Chronicle: Where did you get the crazy idea that you could make a movie here in Austin?

TH: I saw at the State Theater a long time ago a short subject called "Skater Dater" by Noel Black. It was this silent, basically no-dialogue, short subject that was nominated for an Academy Award. It looked like it cost next to nothing. But it got a lot of press. So that made me think: You can do it. I think that was probably my first glimpse that things could be different, things could be done outside the Hollywood system. I didn't know that much about the system back then, but I knew that you needed to set off a big skyrocket -- have a star or something. I did a lot of commercials in Austin, we had a commercial house that I was part owner in called Film House. I made about 60 commercials. Then I started making documentaries. And then a film called Eggshells. It's a real movie about 1969. It's kind of vérité but with a little push. Like a script on a napkin, improvisation mixed with magic. It was about the beginning of the end of the subculture. Most of it takes place in a commune house. But what they didn't know is that in the basement is a crypto-embryonic-hyper-electric presence that managed to influence the house and the people in it. The influences in my life were all kind of politically, socially implanted. And then there was Watergate, and [running] out of gas. If one sees the American Nightmare first and Chainsaw after that, you'll see it in a different kind of light.

AC: How did you come up with the idea for Chainsaw?

TH: I was in the Montgomery Ward's out in Capital Plaza. I had been working on this other story for some months -- about isolation, the woods, the darkness, and the unknown. It was around holiday season, and I found myself in the Ward's hardware department, and I was still kind of percolating on this idea of isolation and such. And those big crowds have always gotten to me. There were just so many people to go through. And I was just standing there in front of an upright display of chainsaws. And the focus just racked from my eyeball to the people to the saws -- and the idea popped. I said, "Ooh, I know how I could get out of this place fast -- if I just start one of these things up and make that sound." Of course I didn't. That was just a fantasy. Then I got out of that mob in 20 minutes, and I got back to the house and as soon as a sat down I put on -- I would be surprised if it wasn't Elton John's Goodbye Yellow Brick Road (and if it wasn't that it would have been Lou Reed's Berlin) -- anyway, the music came on, and in a matter of literally seconds, literally under 30 seconds, I thought about that song and everything came to me. The structural puzzle pieces, the way it folds continuously back in on itself, and no matter where you're going it's the wrong place. That was influenced by my thinking about solar flares' and sunspots' reflecting behaviors. That's the reason the movie starts on the sun. It's amazing how it all kind of zeitgeisted into my head so quickly.