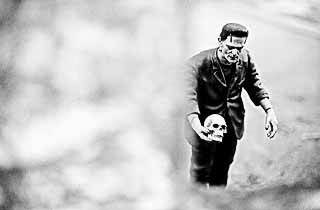 Austinite Bill Jones lives in a house full of monsters. Behind the carefully manicured façade of his Cherrywood Avenue home lie literally hundreds of nosferatu, aliens, and garish, marching legions of the undead. They line the walls, threatening to take over the living room, and his workspace is literally floor to ceiling with a massing army of fanged and hairy horrors. He's no backwoods freakshow curator, though: The unassuming, 42-year-old Jones is Austin's premier garage-kit model maker, and that Godzilla leering down at you from the corner of the room is only 1/500th scale. Lucky you. 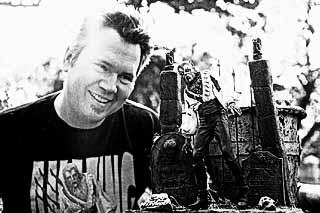 There's the Creature From the Black Lagoon wrapping his scaly mitts around some hapless Amazonian archaeologist and hoisting him to his doom. Below that, the Terminator, his battle-scarred endoskeleton gleaming through the bloody epidermis, one eye glowing malevolently crimson. And a host of Ray Harryhausen's finest: Jason and his Argonauts poised for battle with a gigantic, bronze Talos; Sinbad, scimitar drawn against many-armed Kali; the reptilian Ymir from 20 Million Miles to Earth, stomping the Coliseum to so much Roman rubble. It's all just too cool.

Autographed one-sheets from Harryhausen films line the walls, vying for space amongst the tubes of acrylic paint and gooey bonding agents. Unopened boxes of future projects crowd the closet. Jones' cat dozes in the corner, patently unamused by all the giant monster carnage taking place in just his scale. Felines. 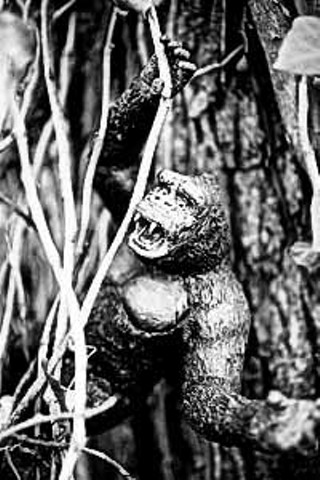 Like myself, Jones first discovered the joys of scale monster modeling in the early Seventies, when the Aurora modeling company was in its heyday. That's also roughly the same time a lot of kids discovered another defining brain-warper, Forrest Ackerman's legendary Famous Monsters of Filmland magazine. Between monthly doses of Forry, Aurora kits for classic movie monsters like the Wolfman and the Mummy (my personal favorite was always the Forgotten Prisoner of Castel-Maré -- who was this guy? And how horrible was it that he'd been forgotten, in some castel, until there was nothing left but bones and bits of rotted garments? Yeech! But cool. Oh, so cool!), and, yes, Mad magazine, kids growing up in the mid-Sixties to Seventies were, I still think, the luckiest demographic on earth.

I asked Jones what first drew him to the garish Aurora kits to begin with, and his answer echoed my own: It was that ghoulish box art staring out from behind the drugstore counter. How could we resist? 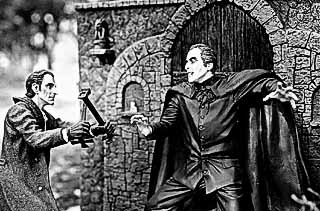 "When you were a little kid," adds Jones, "the paintings on the boxes were just really phenomenal -- most of them were by this guy named James Bama. The whole design thing was great. And it was something to do, you know? I grew up in Port Arthur, where there was nothing to do, and so I'd just watch the monster movies on TV and then build the Aurora models in my spare time. That's pretty much how I spent my youth."

These days, both Famous Monsters and Mad are a shadow of their former selves, but thanks to an explosive rebirth of model-making fever that began in the late Eighties and has flourished ever since, finding and making your own creepy critters -- just like you did when you were a kid -- is easier than ever. 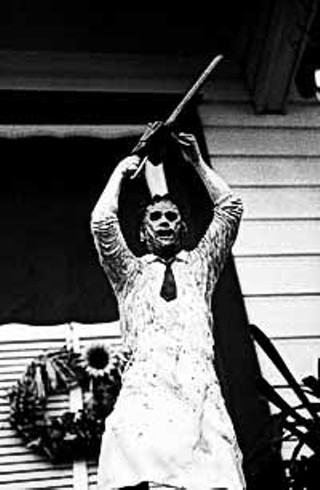 Thanks to the Internet and, more specifically, online auction/swap house eBay, finding kits for virtually any and every monster/sci-fi/horror movie ever made -- literally -- is just a keystroke and a Visa card away. "It was sometime in the late Eighties when I really got back into kit building," says Jones. "My wife got me a Dracula model kit for Christmas, a reissue of the old Aurora Dracula kit done by a company called Polar Lights. It stayed in my closet for over a year, until we had a snowstorm in 1985 when I decided to put it together. It turned out so well that I ended up going to the Austin Collectors Show a while later, where I discovered a magazine called Kit Builders and Glue Sniffers. I flipped through that, and it just opened the door to everything that was available to the garage-kit enthusiast. It had ads for sculptors and builders and all sorts of folks who were producing just the wildest kits right out of their own garages, and then selling them either by mail order or on eBay." Glorious results of a misspent youth? Or retro-boomer nostalgia for a time when you were more likely to find an AIP/Roger Corman double bill down at the drive-in than an empty field of rusting speaker columns? These days, Jones not only spends his evenings assembling and painting his own kits, but also does the work for others who either don't have the skill or the time to do it themselves. It's a nifty little sideline, and the money he makes from those clients helps him defray the admittedly expensive costs of his personal collection. After all, the current crop of vinyl-and-resin model kits are far more expensive than their kid-hood predecessors, sometimes running upward of $150 or more. But you get what you pay for, be it Vampira and Tor Johnson lurching through a rickety Ed Wood boneyard, or Christopher Lee and Peter Cushing squaring off as Dracula and Van Helsing, cross raised, fangs bared.

"They're not all expensive, though," notes Jones. "These new Polar Lights kits, which are basically reissues of the old Aurora kits from when we were kids, you can get for $12." 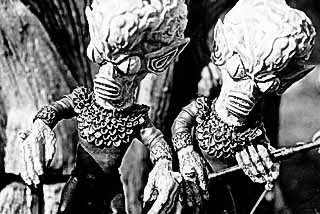 I asked Jones, in a house chock full o' monsters, if he had any special plans for Halloween? Surely someone as attuned to the coolness of the old Universal baddies had something special up his sleeve for the end of October.

"Halloween isn't what it used to be," he says. "I'll probably end up on the couch watching AMC's MonsterFest and scarfing down the popcorn."

And maybe working on another fantastic creation of your own?

"Well, yeah, sure. Maybe." Spoken like a true monster fan.

Some monster model kits are available at the Village Hobby, 2700 W. Anderson, 452-6401, or through eBay, as well as through Bill Jones' Web site, www.monsterjones.com.