D: George Dunning (1968); with the voices of the Beatles, John Clive, Geoffrey Hughes, Peter Batten, Paul Angelis, Dick Emery, Lance Percival. The late 1960s were a low point in the production of animated feature films. Walt Disney was dead, and although his company released The Jungle Book in 1967, it would be over a decade before the studio regained its form and started making classic animated features again. So Yellow Submarine is something of an anomaly for its time, and yet is completely of its time as well. The simplistic story begins when the music-hating Blue Meanies attack the peaceful kingdom of Pepperland. At the behest of the lord mayor, Old Fred sets off in the yellow submarine to find champions for Pepperland. As luck would have it, he finds Ringo, and after all the lads are assembled, they undertake the perilous journey through the seas of time, monsters, and holes back to Pepperland. Upon arriving, they steal back the musical instruments and liberate the land from the grip of the meanies, snapping turtle-turks, apple-bonkers, and the sadistic flying glove. The creators of Yellow Submarine made no attempt to compete with Disney's animation as far as sheer technical virtuosity is concerned. Instead, they built the film on Beatles' music and personae and gave it a stylish pop-art/psychedelic look. Other than writing four new songs -- "Hey, Bulldog," "Only a Northern Song," "All Together Now," and "It's All Too Much" -- and putting in a cameo at the finish, the Fab Four had little else to do with Yellow Submarine. Their voices are done by four fellow Brits, but it in no way diminishes the film's effectiveness as a fantasy. Carefully restored for video and theatrical release, Yellow Submarine is breathtaking on DVD. The letter-boxed image is crisp and bright, but the audio is simply magnificent. The songs are presented in full and dynamic fashion, but without distortion, and George Martin's score significantly benefits from the restoration as well. DVD extras include the trailer, a short "The Mod Odyssey," storyboards, and audio commentary. In addition, the "Hey, Bulldog" segment which had previously been excised is back where it belongs. Who could complain about having one more Beatles song to enjoy? 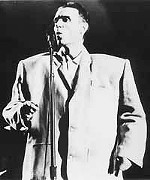 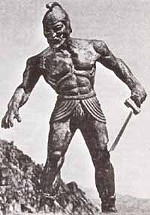