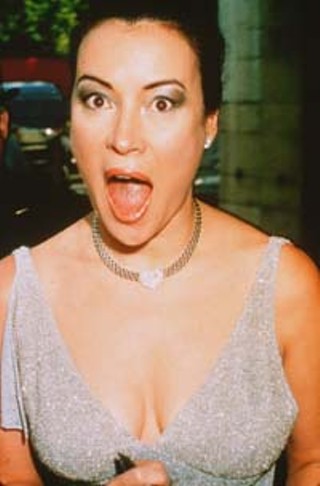 Of all the awards shows, the Oscars ceremony is the granddaddy of them all. At least it's the oldest. Going into its 72nd year, this year's Annual Academy Awards show airs this Sunday (3/26, 7:30pm, ABC). Billy Crystal makes a welcome return as host of this year's gala event, filled with gowns, glam, jewels, and a hint of Hollywood haughtiness. But it's not the only awards show honoring film this weekend. It's lights, camera, a touch of irreverence, and a whole lot of fun at the Independent Spirit Awards (3/25, 4:30pm, IFC and repeat at 8:30pm, Bravo). Held in a huge tent on the beaches of Santa Monica, the Spirit Awards, now in its 15th year, was created by members of the Independent Feature Project/West to recognize filmmakers who work outside the Hollywood studio system, the so-called "indie" filmmakers who get by with low budgets, favor originality over the formulaic, and feature lesser-known or unknown talent in front of the camera. Well, that's what it used to be like. With indie-friendly companies like New Line Cinema offering works that have made it solidly into the mainstream, the Spirit Awards' claim to outsider status may be a little strained. But no matter. The show is a whole lot of fun, and definitely not the Oscars.

Transmitted live, first on the IFC and later rebroadcast on Bravo, the show is surprisingly entertaining, perhaps because the stuffiness of the Oscars is out in favor of a more laid-back atmosphere (the beach setting helps). You're as likely to see tuxes and gowns in the audience as jeans, thrift-shop glam, and jelly-colored hair. Last year's ceremony featured Queen Latifah as host, with appearances by Jesse Ventura, a 10-minute acceptance speech by Best Actress winner, the ecstatic Ally Sheedy (there's no nagging "play-off music" at the Spirit Awards), and a bravura performance by the King of Trash, John Waters, who spoke on his work outside the margins.

The marvelous Jennifer Tilly is this year's host. There are 14 award categories: Best Feature, Best Feature under $500,000, Best Feature over $500,000, Best Director, Best Screenplay, Best First Screenplay, Best Male Lead, Best Supporting Male, Best Female Lead, Best Supporting Female, Best Debut Performance, Best Cinematography, and Best Foreign Film. Three special awards are given to emerging filmmakers and producers: The Truer-Than-Fiction award is given to new documentary filmmakers. The Someone to Watch award is given to emerging feature filmmakers, and the Producer's Award is given to a producer who stands behind high-quality work with limited budgets. Some of the key nominees include: