Everything That Rises Must Converge 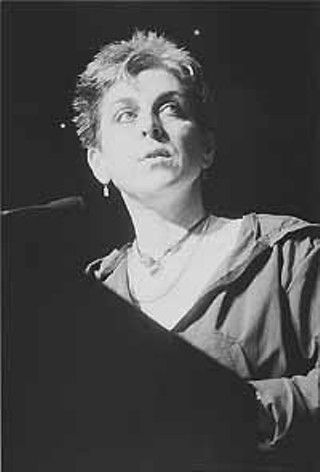 What is the difference between geeks scouring the sky for UFOs and the legions of X-Philes who obsessively watch the show they inspire? When is a Britney Spears fan a stalker and when is he a bored, lonely guy with a thing for bare midriffs? Or more basically: What is the difference between cult and culture? New York Times columnist Denise Caruso has pondered these questions, and in her incisive keynote address (given on her birthday, no less), she offered a reconsideration of the hotspot where these issues converge: online. With a combination of visuals and her own clever, humorous, and ever-cool observations, Caruso sketched a portrait of an Internet that encourages a cult-like behavior in its users; the perfect Web application, says Caruso, is like the roach motel: "You log on, but you never log off." So how do companies accomplish this slavish devotion in their audience? Among other things, they feed on our self-indulgent behavior. "We have uploaded our obsessive-compulsive proclivities on the Internet," explained Caruso. Consider eBay, with its bizarre glut of flea-market goodies -- 38,000 Pokémon items, 9,000 comic books, 1,300 listings for the Backstreet Boys -- which people spend hours (and millions of dollars) rummaging through. Consider the existence of Web sites devoted to everything from robot bondage to fountain pens. Consider the legions of online gamers more at home on a virtual moonscape than a grocery store. As with any cult, the problem is that our participation in it skews our perceptions and values, narrows our periphery. And according to Caruso, too many businesses have responded to this momentary lapse of reason by saying, "I want all the power and none of the responsibility." And that ain't right. Caruso encourages us to be wary, to read the fine print, and to think about these things, dammit. And she encourages Internet companies to fess up to what they're doing and "use these tools with integrity." There may indeed be people making millions with irresponsible behavior but, as she concluded, "If you have to be a schmuck to make money -- what's the point?"