Slow and Steady Makes a Life 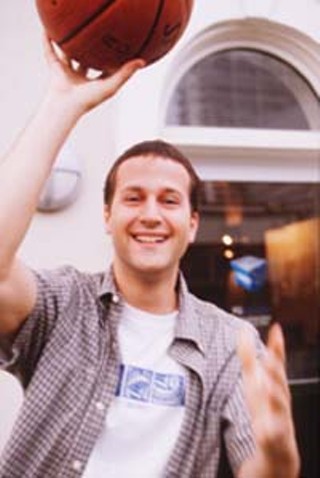 FG Squared president Jason Fellman thinks a lot these days about lasting value. The printing press -- now that's a remarkable invention, Fellman says, or how about the ink pen? What is even the most sophisticated Web site in comparison to these profoundly simple devices? Like an aging film director, Fellman has success which affords him the luxury of questioning whether the work that earns him fame and riches has any enduring social significance.

At 27, Fellman is still perhaps a long way from an existential crisis of Citizen Kane proportions. But after five years of competing in a business where trends shift weekly, Fellman, a UT music school dropout who's now a millionaire, is seeking perspective. He retreats often to his third-floor office at 17th and Guadalupe, where CDs take up as much space as the computer or filing cabinets, to plot the future of his company. Medical technology will enable his generation to live up to age 150, Fellman believes, and he's determined not to die early in the alligator pit. Just one year ago, Fellman told an NPR reporter that he "had no life." Now neither he, his partners, nor employees are working more than 50 hours per week.

"I'm glad not to be part of the high-tech rat race. I refuse to play," he says. "I'll take quality of life any day over making a quick buck." Brave words like that perhaps induce chortles from hotheaded Web jockeys, who play in a business where a company's relevance can fade in a matter of days. But Fellman, whose close-cropped bangs and Polo sweater contrast sharply with the dude in shoulder-length curls pictured on his 1998 driver's license, says FG Squared is primarily invested in business relationships, not fleeting high-tech gadgetry.

True, FG Squared made its mark with 3D animation, earning the company lucrative contracts with corporate clients such as Allied Signal, Canon, and Hitachi to design sales presentations and virtual training videos that could be burned onto a CD-ROM. FG Squared's animated presentations have been livening up trade shows for several years, and their virtual simulation of the mechanics of complicated semiconductor manufacturing equipment earned them national awards from New Media magazine. But Fellman says his company invests as much work in helping clients develop, package, and market their product as it does rendering graphic illustrations. In other words, doing old-fashioned consulting.

"Even though we present as a great visual company, we focus so heavily on what's happening on the back end," says Fellman. "We get in there and become an integral part of the business."

Today, 80% of FG Squared's business is customizing commercial Web sites, Fellman says, but true to its past business model, FG Squared is positioning itself to get its hooks deeply into the e-commerce industry, not just maintain Web pages. Named by New Media magazine as one of the nation's top 40 Web agencies, FG Squared last month partnered with Exterprise Inc. in a global network alliance that will consult on e-commerce strategy A-Z -- including sales and marketing, Web design, and online communications. Online commerce is converging, Fellman says, blurring the lines between Web designers, advertising agencies, and software consulting. But FG Squared plans to go one step further by actually joining their clients as equity partners.

Pretty sophisticated strategy from four guys who five years ago were just trying to build an automated bead-necklace maker. And who, ironically, got blitzed by technology back in the early Nineties when their first business venture, a recording studio in Oregon, went under with the advent of cheap 8-track recorders. Fellman, whose last computer before co-founding FG Squared with buddies Davin Carten, Steve Golab, and Casey Gum was an Apple IIe, says he still prefers practicing music at home and visiting his girlfriend in Houston to hobnobbing with the ranks of Austin's affluent elite. Fellman says he just wants to be an honest businessman. Doing good business is a timeless art, but Internet wizards come and go.

"I actually prefer traditional business culture over today's business culture, and I don't mean that from a suit-and-tie perspective," he says. "The younger generation's very overrated right now. I hear this 'Get out of the way, old, here comes the new.' That is bullshit. It's not like that at all."