Top 10 Games of the Decade 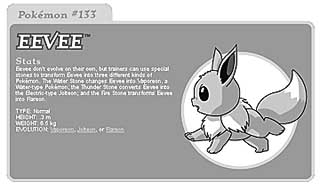 1.Doom (GT Interactive/id Software).Even the gaming illiterate have at least heard hushed whispers about the gun-toting, grenade-launching world created by Dallas-based id Software. This first-person shoot-'em-up changed the face of gaming -- or blasted it off, rather -- inspiring a whole flurry of spin-offs, not to mention general revulsion from parents anxious that their kids warmed up to this violent cartoon world a little too readily.

2. Pokémon. If you just can't seem to grasp what all this Pokémon hype is about, it probably only means one thing -- you're over the age of 12.

3. Command & Conquer: Tiberian Sun (Westwood Studios).Some critics labeled this RTS game sequel as nothing more than a cheap knock-off of the original, but if you look closely you'll find greatly enhanced features which include improved terrain graphics and colored lighting effects that enhance the battlefield experience all the more.

5. Civilization II (Microprose).Despite a painfully long learning curve, educating yourself to the ways of Sid Meir's popular sequel was a tribulation worth the effort. With a greater variety of races to choose from, as well as customization options, and an improved warfare system, this follow-up to Microprose's original hit comes packed with welcome details like greater depth of play, a graphics editor, and full-motion video.

6. X-Wing Alliance (LucasArts/Totally Games).LucasArts accelerated interstellar graphics and mission-based game complexity to new levels with this space-based shoot-'em-up, which places players in the catbird seat of the same type of X-Wing fighter with which Luke Skywalker blew up the original Death Star.

7. Ultima Online (Origin Systems).Despite its terribly buggy beginnings, Austin-based Origin Systems should be proud of this wondrous addition to the world of might and magic.

8. Warcraft II: Tides of Darkness (Blizzard Entertainment).This richly decorated sequel to the wildly popular original game gives a whole new meaning to the term "mass warfare." Certainly not a diversion for the squeamish, this RTS war title requires a knack for strategy and the patience to unfold battle plans with careful precision.

9. Need for Speed III (Electronic Arts).With a rubber-burning frame rate that blows past even arcade stand-up consoles, as well as the lower-- torque offerings of Playstation and Sega, this cap-off to the much-celebrated racing trilogy runs like a finely tuned Jaguar.

10. Microsoft Flight Simulator 2000 (Microsoft). Either you absolutely love it, or you' re just bored to tears by it. But regardless which side of the tarmac you stand upon, nobody can argue the unparalleled success of this aviation simulator series. It's so true to the real thing that the U.S. government now uses the game for training Air Force pilots.