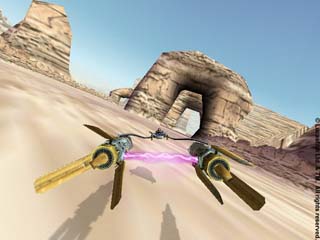 1. Star Wars: Episode I -- Racer (LucasArts).This beautifully executed, high-octane contribution set a whole new standard for the racing genre, creating a low-orbit buzz throughout the market not felt since the glory days of Wipeout.

2. Quake III: Arena(Activision/id Software).High on action and great for killing rainy days, this first-person shooter no doubt showed up in the stockings of many well-behaved kids despite negative press accrued from the Columbine shootings.

3. Age of Empires II (Microsoft/Ensemble Studios).If you've yet to test the waters of this latest offering from the stables of Bill Gates' Microsoft Corp., then it's high time to get medieval on the plains of a precisely rendered battle terrain. With an exquisite, fully orchestrated soundtrack, and a masterfully tuned RTS engine, AOE II refers back to an era when armed conflict was practiced with a sense of grace and honor. 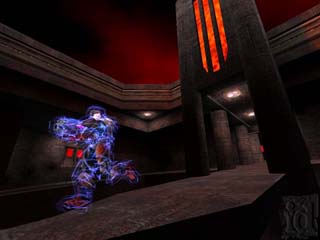 5. Mechwarrior 3(MicroProse/Zipper Interactive).A drop down inside a walking robot filled with an arsenal of armor-piercing missiles, endless rounds of high-velocity artillery, and red-hot lasers make for an all-too-real battlescape in this intricately detailed third installment of the Mechwarrior series.

6. SimCity 3000 (Electronic Arts/Maxis).There's no easier way to while away the time than by building and managing a city all by your lonesome. Whether you use zoom-in features to look at a single citizen or a wide shot to see your very own metropolis, it's up to you to create a happy empire one click at a time in this all-too-real simulation of world dictatorship.

7. Railroad Tycoon II: The Second Century (Gathering of Developers/Pop Top Software).With red-hot scenarios stoked with the coals of 19th-century world events, this add-on to the wildly popular rail-building title confounded and earned the respect of its fans by changing its design and strategy rules just enough to keep the series on track.

8. Baldur's Gate Expansion (Interplay/ BioWare).Void of the heavy gore and dark tones of Diablo, this meticulously crafted RPG world won over a more family-centric audience of happy-go-lucky adventuring. Even the harshest of critics continue to sing its praise in a market that is terribly overcrowded with schlock fantasy-adventure titles.

9. Jack Nicklaus 6: Golden Bear Challenge (Activision/Hypnos).Despite lackluster sales from its highly acclaimed but poorly received predecessors, this latest installment of the Nicklaus series continues to maintain some of the best cyber-greens this side of virtual Pebble Beach.

10. Age of Wonders (Gathering of Developers/Triumph Studios).Despite charges that it borrows heavily from Heroes of Might and Magic, this strategy-intensive fantasy title continues to impress gamers with its innovative dual combat system, precise control over character development, and a vast array of races to wage war against.