Where the Boys Aren't 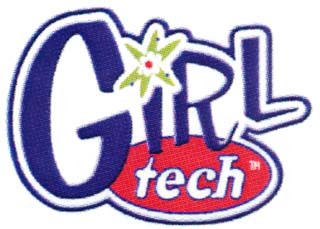 "No fair!" one preteen boy was reported to have whined upon seeing the commercial for Girl Tech's new e-gadget toys. It's understandable he'd feel left out -- these toys are cool. Founded in 1995 by game developer Janese Swanson (Carmen Sandiego), Girl Tech was later sold to Dallas' Radica Games in May 1998, although the company continues to thrive under Swanson's leadership as an innovative developer of creative hand-held technology. But considering what cool toys these are, why limit the market to just girls? Swanson defends her girls-only approach as imperative to the company's overall mission: "The tech products I developed in the past were gender-neutral and, in theory, marketed that way," she writes via e-mail. "However, the end results were commercials depicting boys using the technology at the expense of girls. Girls constantly get left out of the technology toy market -- half the population of children have yet to be reached as far as technology is concerned. Girl Tech is, in a sense, expanding the audience for technology toys, and to do so, we need to send a strong message that the toys are for them."

Girl Tech's latest line of e-gadgets eschew traditional pink for vibrant purples, greens, blues, and yellows, along with blinking lights and shimmering stickers. My personal favorite, the Password Journal, is a traditional diary, locked in a plastic purple encasing, which uses voice recognition technology to lock out intruders. I vocally give it a password -- say, "girls rock!" -- and it not only stores the word but stays sealed unless the password is spoken by me. So if my snooping older brother attempts to sneak a peek at my deepest secrets, he will be guilty of nothing but the foolish spectacle of repeating "girls rock!" several times in a bad falsetto. (However, the technology is not foolproof -- my officemate Kate managed to crack the thing with a breathy imitation of my voice.) Other Girl Tech products include the Door Pass (keeps intruders out of the bedroom), Bug 'Em (bugs a room -- in a cute, non-Watergate kind of way), the Keepsafe Box (a safe that opens via remote), Beam It (projects written messages onto a dark wall), and the Friend Frame. All the gadgets retail for around $20 and are available at Wal-Mart and Target. For more information, access the company's Web site, http://www.girltech.com.