Heroes for Sale, Night Nurse, Ladies They Talk About 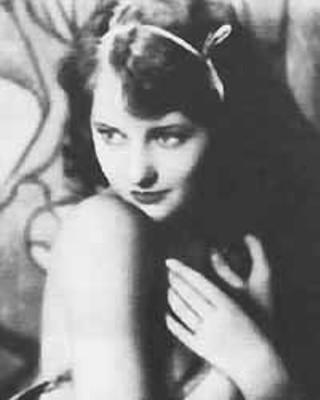 When you think of Hollywood's film output from the early Thirties, the films that come to mind might be gangster movies (Little Caesar), escapist musicals (Gold Diggers of 1933), or lighthearted screwball comedies (It Happened One Night). However, before ex-postmaster Will Hays appeared on the scene with the Production Code, Hollywood was able to produce a number of films that pushed the envelope of "decency" for the time and took on topical subject matter that was considered daring for the period. Though many of those films have been lost to the ages, here are a couple worth checking out.

Director William Wellman is usually associated with such respected films as The Ox-Bow Incident, Battleground, The Public Enemy, and Wings. During his time at pre-Code Warner Bros., however, he directed such provocative low-budget fare as Night Nurse and Heroes for Sale. The humanistic side of Wellman's work has never been more evident than in this Depression-era melodrama. Tom Holmes (silent star Barthelmess) is wounded in action in WWI and spends the rest of the war in a German hospital, where he becomes addicted to morphine. He returns to the U.S. to find that another GI has received the decorations he was due, since he was presumed dead; by a weird quirk, Holmes goes to work for that soldier's father, a banker. His drug addiction is exposed when he's caught in an embezzlement scheme that doesn't come off, and he loses his job at the bank (but not before blowing the whistle on the son). After he takes the cure, Holmes gets a room in a boarding house/diner and a job as a route driver for a laundry. He meets the love of his life, Ruth (Young) and excels at his job. His neighbor at the rooming house is Max Brinker (Barrat), a screwball inventor who spouts Bolshevik boilerplate constantly. Brinker comes up with a new labor-saving device for the laundry, and together with Holmes, they license the invention to his company, on the condition that no one is laid off by adopting the machine. When the owner dies, however, the company is sold and the new owners lay off all the employees (well into the Depression). Everything goes to hell from there. This is an extremely ambitious movie (especially with its program-length 65-minute running time), taking on topics such as drug addiction, Communism, and the social unrest of the Depression. Wellman and writer Robert Lord pull no punches and question many of the tenets of American society, many of which were falling apart during the hardships of the Thirties. Barthelmess' boyish looks make him an extremely sympathetic character; he weathered the transition from silent to sound films well. The film's politics don't exactly advocate Communism, but certainly don't condemn it, either, and serve as a reminder that there was a Red Scare in the U.S. long before HUAC, McCarthy, or the Cold War. Heroes for Sale stands as a fascinating social document for the time, a reminder of how desperate things actually were in the Thirties. It's little wonder that it was buried in the sweep of the Hays Code; such a film couldn't be made a few scant years later.

In the depths of the Depression, Lora Hart (Stanwyck) decides to pursue a career in nursing. In training, she befriends a fellow nurse, Maloney (Blondell), and a bootlegger, Mortie (Lyon). Her first assignment finds her providing care to two young sisters. With the father dead, the mother a hopeless alcoholic, and the sisters in line for a trust fund, their doctor has put them on a diet that will systematically starve the girls to death. Stanwyck can't override the doctor's orders, and the chauffeur, Nick (Gable), will see to it that they adhere to the diet. She confides her suspicions to the chief surgeon of the hospital, her friend Maloney (who shares nursing duties), and bootlegger/petty criminal pal Mortie. Though the story sounds a little soggy, this is an excellent, hard-bitten Depression-era melodrama. There's hardly a likable character to be found; even the protagonists have their flaws. Gable plays a heavy in this early role (sans mustache); he slaps women around (including the elderly nanny) and callously waits for the two young sisters to die. His role is believable enough that he could have had a career playing bad guys had he not become a matinee idol. Blondell is great as Lora's gum-chewing sidekick Maloney; sexy, smart, and funny (she actually gets most of the great hard-boiled dialogue). To quote Maloney: "There's only one guy in the world that can do a nurse any good, and that's a patient with dough! Just catch one of them with a high fever and a low pulse and make him think you saved his life and you'll be getting somewhere." Even more surprising is the number of times Stanwyck and Blondell get down to their underwear; the various clothing changes supply a little gratuitous sex appeal that the Hays Code would never have allowed. There are some gaffes that are rather glaring: The malnourished sisters don't seem to be wanting for a meal, and the nurses' training is somewhat skimpy. Nonetheless, at a scant 71 minutes, Night Nurse is a punchy little program-length B-picture that's still potent today.

Ladies They Talk About

D: Howard Bretherton, William Keighley (1933) With Barbara Stanwyck, Preston Foster, Lillian Roth, Lyle Talbot, Maude Eburne, Dorothy Burgess. About the same time as the snaggle-toothed Will Hays cooked up the Production Code, the pugnacious Paul Kelly (a former child star) beat actor Ray Raymond to death. Kelly spent two years in prison for manslaughter; Raymond's widow, the stage actress Dorothy MacKaye, also spent time in the women's unit of San Quentin (Kelly and MacKaye were later married). Based on her experiences there, MacKaye co-authored the play Women in Prison, which was later made into the film Ladies They Talk About. Stanwyck plays Nan Taylor, the attractive female member of a heist gang who's caught when one of their bank jobs goes bad. She nearly makes good on her escape until a detective recognizes her from their previous dealings and soon she finds herself en route to the penitentiary. Her fate takes an unexpected turn, however, when her prosecutor (a radio evangelist with political aspirations) turns out to be a childhood friend. She convinces him of her innocence, but when her conscience gets the better of her and she confesses, she finds herself on the way to the Big Q. Soon, however, straight-arrow prosecutor Dave Slade (Foster) realizes he's falling for her and sends her letters regularly, which she ignores. As the "new fish" at Quentin, she fits right in and, along with her friend Linda (Roth, whose alcohol-demolished career was dramatized in 1955's I'll Cry Tomorrow, starring Susan Hayward), is running the show among the prisoners. What's a women in a prison film without some conflicts and a good catfight, though? She soon finds herself at odds with Susie (Burgess), a goody-two-shoes bible-beatin' prisoner with a big fixation on Dave Slade, and before long the fur is flying. With a running time of only 69 minutes, Ladies They Talk About keeps a runaway-18-wheeler momentum throughout (actually, the narrative is fairly compressed). The dialogue bristles with dime-novel Thirties slang and timing that borders on screwball comedy. A couple of sample lines: When asking about the prison food, Stanwyck quips, "What do they use on you?" or after being screamed at in rapid-fire Spanish by a hysterical inmate, the calm response is, "You do, and you'll clean it up yourself." Surprisingly, the movie pushes Hays Code strictures with some fairly racy dialogue, a bit of skin here and there, and a burly cigar-smoking lesbian inmate. Many elements of the women-in-prison genre come into play in this early outing; the old-crone inmate (Maude Eburne, veteran of more than 100 character parts), the sadistic warden, an escape attempt, revenge, etc. The star performance, though, belongs to Stanwyck as she reminds us how good she was at being bad; her delivery is tough as nails, but still smooth and sexy, pointing the way to the persona she would develop in movies like Double Indemnity and The Strange Love of Martha Ivers.