If you're too young to remember where you were when JFK was shot or if mellifluous, acoustic harmonies like "Puff, the Magic Dragon" have context only on your "oldies" station, this doc's for you. Ditto for those who were up and running in the late Sixties when the center started to give way, when the anti-war and civil rights movements were swinging into gear and Peter, Paul, and the fair-haired Mary were the soundtrack -- and a good bit of the attitude-of-the-times. Fred Miller brings the Sixties time capsule he produced and wrote between 1968 and 1970 -- Peter, Paul & Mary: Song Is Love -- to the Alamo Drafthouse as part of the Austin Film Society's Texas Documentary Tour on Wednesday, December 8. This is a film -- shot in cinéma vérité style, with lots of concert performances -- that'll take you back. There's Peter, wire-rimmed and mustachioed, full of himself and his role as troubadour of social change; Paul, balding, fu-manchu-ed, and oh-so-earnest about the importance of being "real"; and the still-mesmerizing Mary, her fabulous face framed by those famous blond bangs and, like her voice, full of the Sixties.

Fred Miller has gone on to produce numerous industrial, educational, and promotional films and videos for which he's won dozens of awards. Most notably he was the executive producer of For All Mankind, the Academy-Award-nominated feature film about NASA's first moon launches. He also created the statewide TV show, Texas Entertainment News. Miller offered these reminiscences about the making of Song Is Love:

The film was directed by Tobe Hooper and mainly shot by Tobe and Ron Perryman. Their heroes were D.A. Pennebaker and the Maysles brothers. I had never heard of any of these folks. I was the associate minister at First Baptist Church in charge of youth and media.

It was March 20, 1969, and I had all of these high school juniors and seniors doing an all-night creativity session, something we called a "lock-in." The first part of the exercise was to go to Palmer Auditorium and hear Peter, Paul & Mary, then come back to the church and work on creative projects like writing music, art, dance, etc. The concert was very "homey," and so I went backstage and left a note for the trio to come to the church later and hang out.

About 2am, Paul Stookey and Dick Knise (the bass player) showed up at the church, and we sang songs all night. The next day I followed them to Waco and asked if I could make a 10-minute film about what they did offstage that I could use with my youth groups. They knew I was a conscientious objector and very concerned about teaching people about the war in Vietnam, so they agreed. We set out on a venture budgeted at $500. 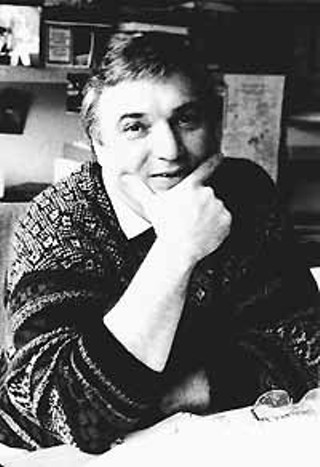 The next day, I called information and there was only one company doing film in Austin at the time, Motion Picture Productions of Texas, owned by Richard Kidd. Tobe, Ron, and Gary Pickle were part-owners of that company and they became the crew. We started that night in San Antonio -- two days after we'd first met. We filmed a PP&M concert and then a talk with the trio. It was magic, and we all knew we had something bigger.

For six months we toured together and shot about 100 hours of 16mm film. Tobe and Ron edited and sculpted the show. I only had a feeling of what it should be like. They knew how to make cinéma vérité movies. They taught me.

While en route on a midnight flight from a concert in San Jose to Boston, all the crew and trio were asleep -- except for Paul and me. Paul was trying to write a magical song for Peter's wedding and wanted to convey some Christian themes without offending Peter's Jewish tradition. The song he wrote that night, "The Wedding Song," turned out to be one of the most-performed wedding songs over the next 15 years. I was privileged to be present as that song took shape.

We originally hoped the film would follow Michael Wadleigh's Woodstock in theatres, but that was not to be. We released the show to PBS for a 10-year run beginning on Easter of 1970. It is my understanding that PBS nominated it for their choice for PBS Emmy, and it became a major fundraiser for PBS for the next 10 years.

The show played at festivals along with Don't Look Back and Monterey Pop as examples of cinéma vérité. And trust me, Peter, Paul & Mary never once did anything for our cameras.

I wanted the film to celebrate the good that is in us all and challenge us to think about what was going on in Vietnam. When I see the film today, I see it as a beautiful film of real innocence.

The title comes from the opening song, "The Song Is Love." I have not seen the film in over 15 years, so I will enjoy watching it with many of the young people who were at First Baptist on March 20, 1969. They will be my special guests at the Alamo for this showing.

Paul and I play golf occasionally, but I don't see Mary or Peter, except when they come to Austin or San Antonio on tour.

Peter, Paul & Mary: Song Is Love will be presented as part of the Texas Documentary Tour on Wednesday, December 8, 7pm, at the Alamo Drafthouse, 409 Colorado. Tickets are on sale by phone (322-0145) through Tuesday (10am-2pm). Tickets will go on sale at 6pm on the day of the show. Admission prices are $6 per show for the general public; $4 for Austin Film Society and KLRU members and students. Producer Fred Miller will be in attendance to conduct a Q&A session after the screening. The Texas Documentary Tour is a co-presentation of the Austin Film Society, the University of Texas RTF Dept., The Austin Chronicle, KLRU-TV, and SXSW Film.